He says the changes could give retailers equal opportunity to sell their products, encourage price competition and support proper wholesale pricing
Aug 13, 2019 3:30 PM By: Canadian Press 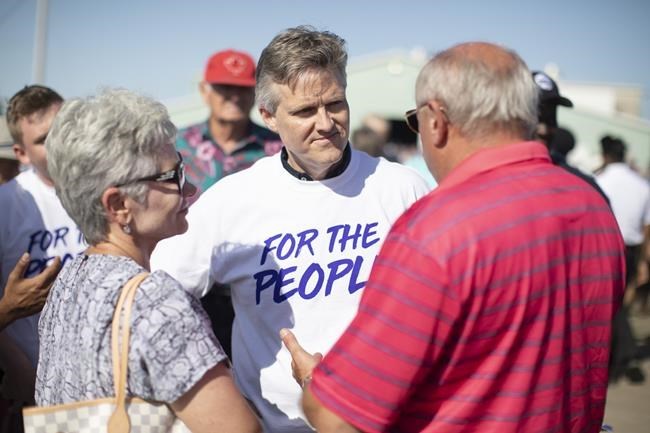 Ontario's moves to liberalize rules around the sale of alcohol have received an endorsement from Canada's national competition watchdog.

The letter, which looked at recommendations from a special adviser on alcohol hired by the province, said proposed measures to expand liquor sales to more stores and extend serving options in restaurants will contribute to a more robust alcohol market in the province.

"While acknowledging the need to balance policy concerns such as public health and safety with competition, I believe a less restrictive system that allows more retailers to compete on price can offer Ontarians greater convenience and access to a wider selection of products, particularly for those who live in rural and remote communities," Boswell wrote.

Ontario's Progressive Conservatives made alcohol reform a central plank of their campaign efforts in the run up to last year's election, pledging to make beer and wine available in corner stores, big box stores and more grocery stores.

Premier Doug Ford lost no time once in office in implementing another campaign promise to lower the price retailers could sell beer at to a dollar. Broader measures to overhaul Ontario's tightly controlled alcohol market were then spelled out in the government's first budget, unveiled in April.

The fiscal plan outlined measures to extend hours during which licensed venues could serve booze, let municipalities establish rules about where booze can be consumed in public, and loosened rules around advertising "happy hour" promotions.

In May, the Tories introduced legislation to tear up a 10-year agreement with The Beer Store that was signed by the previous Liberal government and limited the number of stores that can sell alcohol.

The Beer Store, which is owned by the foreign brewing giants that control Labatt, Molson and Sleeman, accounts for almost 70 per cent of beer sales volume in Ontario. The special adviser's report estimated the Beer Store's 2017-18 sales at $3.3 billion.

In early June, the Tories announced they would allow the sale of beer, wine and cider in almost 300 more stores — a combination of LCBO agency stores and grocery stores — as part of their push to loosen alcohol sales.

Boswell said the previous system, which capped the number of approved stores at 450 across the province, limited choices for customers. He said it also imposed uniform prices that prevented consumers from experiencing any breaks on the cost of alcohol.

He offered similar comments on the pricing scheme for bars and restaurants, which he said must purchase booze at market prices and pass the cost on to patrons in order to turn a profit.

"Ontario consumers and businesses can benefit from a less restrictive system – one that provides retailers an equal opportunity to participate, encourages price competition, and supports proper wholesale pricing," he wrote.

"Our government supports a responsible approach to alcohol sales and we look forward to continuing discussions with our stakeholders," he said.

Boswell wrote a similar letter to B.C.'s attorney general in January, supporting recommendations aimed at increasing competition in that province's alcohol sector made in a report commissioned by the provincial government.