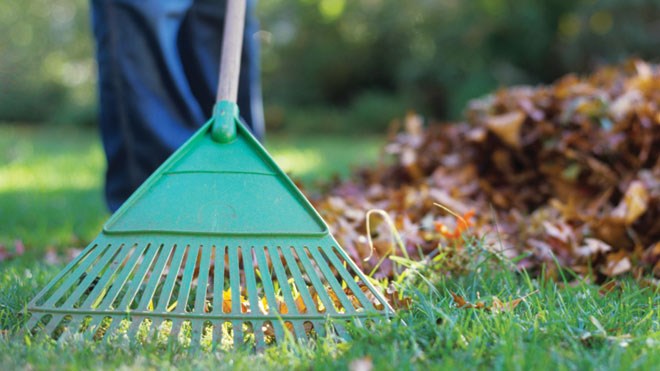 A half-century old program in Waterloo is going to go under the microscope at council this year.

Council has instructed staff to look at future options for the program based on a number of concerns, not the least of which is a changing climate and timing. The trucks that plow the roads are the same that collect leaves, just with different machinery attached.

"Over recent years, there's just been such difficulty with the leaf program, largely because of changing local weather patterns," said Ward 7 Councillor Tenille Bonoguore who proposed the motion. "The staff are doing their very best to time leaf pickup so that we wait for the leave to actually fall, and then there's hopefully time to actually pick them up before the snow and ice come. But, what we're experiencing is a greater confluence of all of these things, where we end up with massive piles of frozen leaves blocking the way for cyclists and pedestrians, and often times blocking the storm water drains that this program is meant to keep clear."

The original intentions of the program are another point of contention that prompted a call for review. According to Bonoguore, the original program was meant to clean up leaves from the city's boulevards, not have residents rake their entire property's leaves to the curb.

"Essentially it's the trees that are on city property right next to the roadway, so your leaves would be falling onto the road and into storm gutters," explained Bonoguore. "The idea is that these leaves could be raked out to the edge and trucks would come by and pick them up, so it's really meant to be the city cleaning up after itself."

That's not a well-known intention, as Bonoguore herself even noted that she originally raked all of her leaves to the side of the road when she moved to Canada.

"I found out the scope of it, and I embraced 'lazy gardening,'" laughed Bonoguore. "My leaves, they happily keep my garden protected in the winter."

Environmental advocates have previously presented to council about the benefits of "leaving the leaves," both for gardens and lawns.

Bonoguore emphasized that staff are simply bringing a report for now, and further debate and public input will happen over the next few months. She hopes that any potential changes can be made in time for Fall 2021.