Catholic school board reveals a new flag for Pride Month 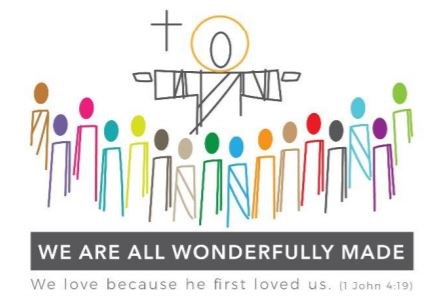 From Waterloo Catholic District School Board

June is Pride Month, and the rainbow flag will fly on flag poles across Canada. Here in Waterloo Region, the Catholic School Board revealed their own flag, which will fly for the entire month of June at each of their buildings and school locations.

During Kitchener Today with Brian Bourke on 570 NEWS, Cait Glasson, President and Communications Liaison Coordinator for SPECTRUM (Waterloo Region's Rainbow Community Place) said the flag is a small step, however, ultimately she would want to see the pride flag.

"There's nothing sinful about the rainbow flag, none of the colours stand for anything (except for) things like love, sunlight, and health, and the colours are meant to represent values of our community, not the people."

She feels this is a tiny gesture from the Catholic Church. "I don't want to slap away a gesture extended ... that's what it feels like to me ... and that's something I want to encourage, not smack away."

Glasson said she understands there will be people troubled about the flag, however, she's not going to feel that upset about the school board flying this flag.

"We have to recognize what an incredible step it is that they're willing to recognize that there is such a thing as pride (week)."

Only one board member reached out to the SPECTRUM team, and Glasson added they went to them about a couple of years ago and asked advice about how to accomplish their goals of creating this flag.