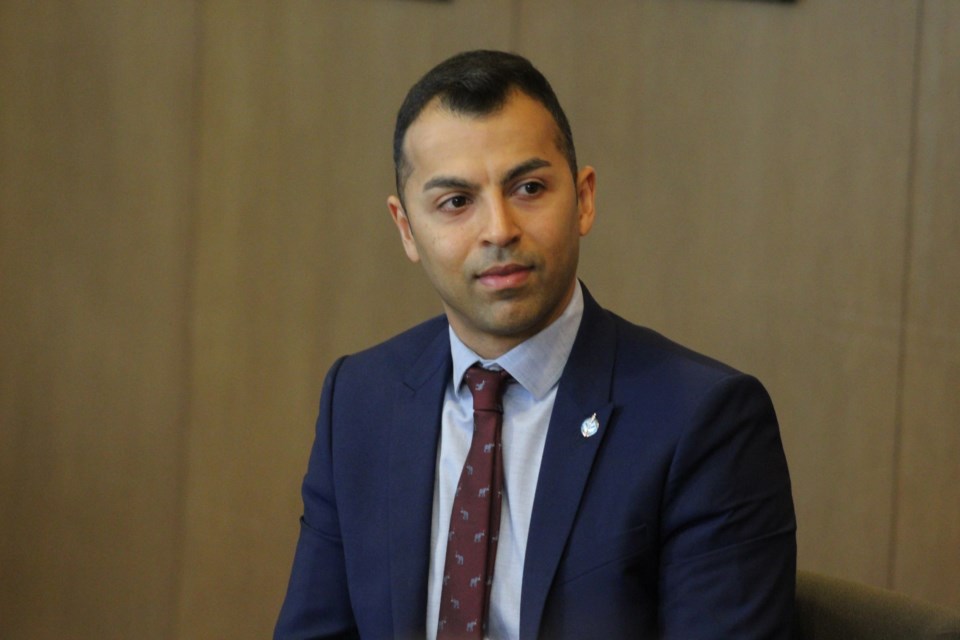 Kitchener South-Hespeler MP Marwan Tabbara has not stated whether he will run as an independent in the next federal election. KitchenerToday file photo

The three major parties in the Kitchener South-Hespeler federal riding have candidates in place in anticipation of a rumoured fall election.

On Monday, Tyler Calver won a virtual contest to secure the opportunity to represent Conservatives in the riding, beating out Helen Jowett as the candidate of choice in advance of the next federal election.

In a Tuesday Facebook post, the former Kitchener CTV reporter wrote he’d been “blessed by the overwhelming support from the party faithful.

“This has been a three year journey for me to reach this position and I do not take it lightly.”

Kitchener South-Hespeler Conservative electoral district president Mike Deardon called Calver a “very hard working individual who demonstrated through the nomination process that he is committed to put in the time and energy required for the job.”

Deardon said he expects an election will be called next month with voting day set for sometime in late September.

He said he’s aware of rumours about a pending federal election but has heard nothing with regards to timing within the Liberal Party.

The process to find a new Liberal candidate for the riding opened up last year when MP Marwan Tabbara announced he was stepping away from the Liberal caucus to sit as an independent MP.

Titizian said he believes that’s when all parties began the process of finding candidates and approving them.

News that Tabbara was exiting the Liberal caucus came in the wake of Guelph police charging him with assault, break and enter and criminal harassment in April 2020.

Details of Tabbara’s case are under a publication ban and the outcome is still pending with his next court appearance scheduled for July 30.

The MP has not stated publicly whether he will seek re-election.

Financial advisor Suresh Arangath was nominated by the Kitchener South-Hespeler NDP in June.

Earlier this month, Connie Cody was acclaimed as the candidate for the Conservative Party in the Cambridge riding, and will run against Cambridge Liberal MP Bryan May.

Cambridge NDP riding chief executive officer John Newton said they are in the process of vetting candidates and hope to have news on a nomination next month.