She treats herself to instant tickets as a reward for finishing work around the house
Feb 23, 2021 5:15 PM By: KitchenerToday Staff 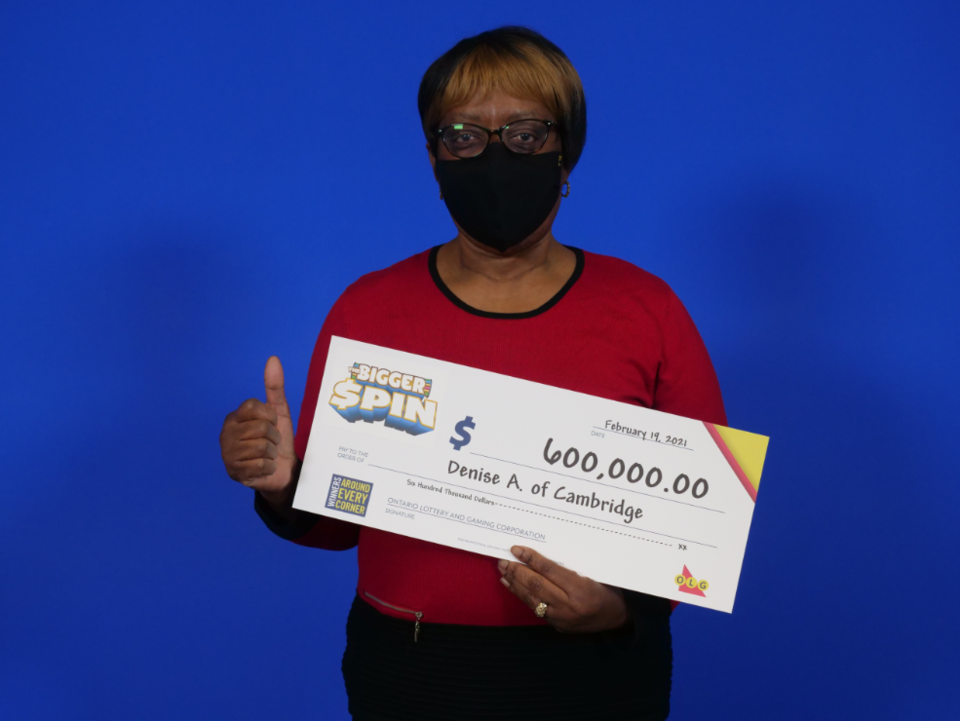 Denise Adams of Cambridge is celebrating a significant win on The Bigger Spin Instant game.

"I started playing THE BIGGER SPIN at the recommendation of a friend," she shared, while at the OLG Prize Centre in Toronto to pick up her winnings.

She treats herself to instant tickets as a reward for finishing work around the house.

"I won the in-store SPIN and made my way to the store. The clerk said 'I hope you win' right before checking the ticket. She was so excited for me!"

"This will be the start of the rest of my life," she concluded.

The winning ticket was purchased at Hasty Market on Saginaw Parkway in Cambridge.