OPP say driving dangerously with cannabis, alcohol, and a firearm is a recipe for disaster
0
Apr 15, 2019 1:33 PM By: Erin Anderson 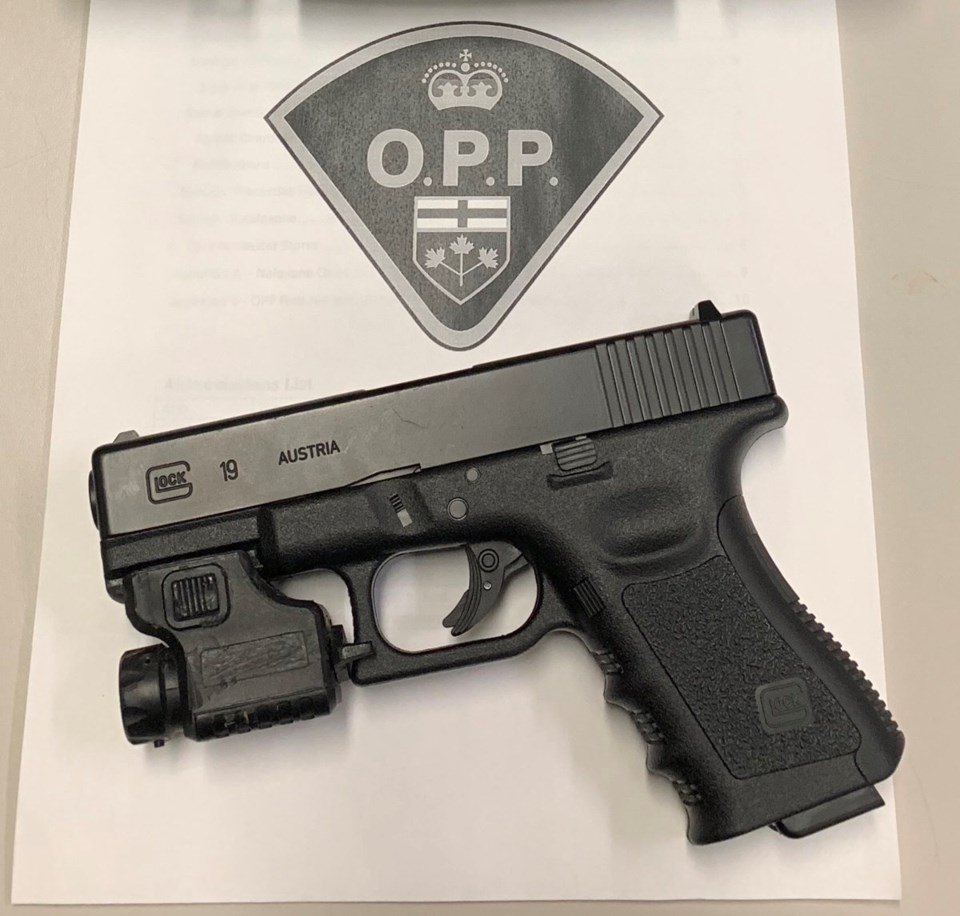 A bad case of road rage on Highway 401 has led to numerous charges against a Cambridge man.

Sgt. Kerry Schmidt said OPP got a call about a road rage incident at Winston Churchill Boulevard on Saturday afternoon.

"We get calls about road rage pretty regularly - a lot of people get pretty frustrated with other motorists, and often it boils over and you get some aggressive driving, dangerous activity, and road rage - I'm sure you've all seen it out there."

Schmidt said this particular incident escalated to a higher level than usual.

"A gun was visible, a gun was pointed - and the victim vehicle called 911 to report that someone was pointing a gun at them. We had officers from Waterloo Regional Police intercept this vehicle, as the registered owner of the vehicle with the gun came out of an address in Cambridge."

Schmidt says WRPS intercepted the car before it made it home.

"The driver was stopped, taken out of their vehicle, and arrested. There was a young passenger inside the vehicle as well. The driver was 24-year-old Brett Mansfield of Cambridge. He is now facing a bunch of different charges: pointing a firearm, possession of a weapon for a dangerous purpose, imitation firearm, driving with cannabis readily available, driving with open liquor."

Schmidt said these kinds of charges - cannabis, alcohol, firearms, and dangerous and aggressive driving- are just a recipe for disaster.

Schmidt added he's not sure what transpired ahead of this, but in the end - someone pointed a gun at another motorist on the highway.

"We all need to share the road, and have some common courtesy. I'm glad the trigger was never pulled in this incident, but again - this is type of behaviour that is unacceptable on our highways."