The restaurant is taking donations on behalf of the Sex Workers Action Network Waterloo Region
May 16, 2020 3:00 PM By: Phi Doan 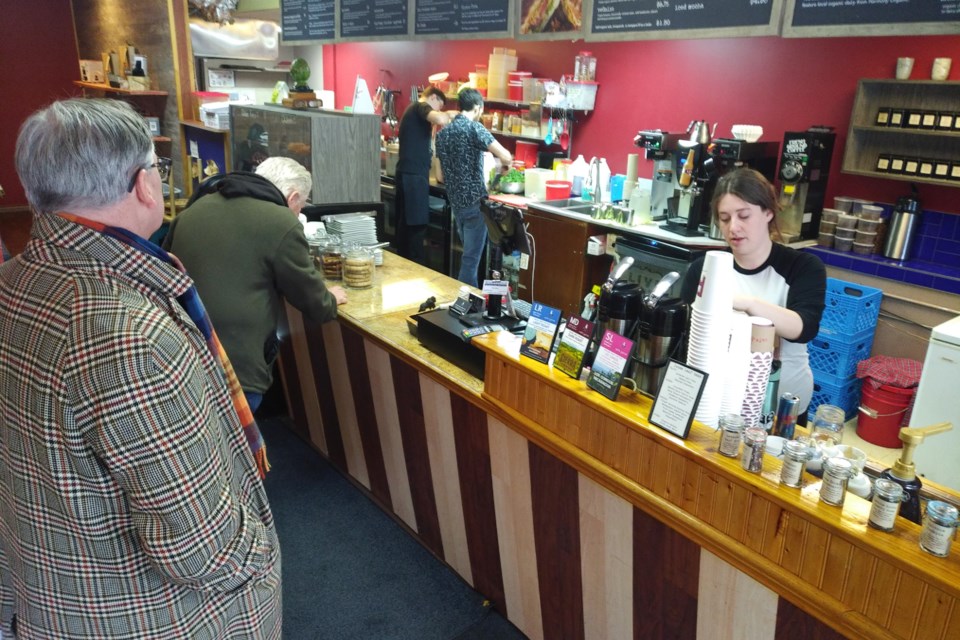 A photo of Cafe Pyrus by Susan Cook-Scheerer.

Cafe Pyrus is setting out a donation bin at their downtown Kitchener location in support of sex workers in the region.

Through the cafe's online ordering, customers have been able to pay it forward and supply food to marginalized communities and frontline workers.

"We are in the community physically, and these folks are at risk. They are our neighbours and we want to help them as much as we are able to," Operations Manager Tory Shantz said.

The cafe has since extended their helping hand to include the Sex Workers Action Network Waterloo Region (SWAN).

Many sex workers have had to continue working during the pandemic, as many did not qualify for any supports from the government.

In the past, the cafe's downtown Kitchener location has been used as a rallying point for SWAN and their annual die-in protest at the city hall building.

In her conversations with the group, Shantz was the one who proposed the restaurant could act as a drop off point for donations in support of sex workers.

Cafe Pyrus are looking for donations of skincare, soap, lotions, makeup wipes, wipes in general, accessories, purses, reusable bags, backpacks, and female hygiene products. People are asked to call the cafe when they arrive. All donated items will be safely quarantined before being given out.

Financial donations are also accepted through SWAN's financial sponsor ACCKWA on the Canada Helps website. Any donations should include a message that specifies that it is for SWAN.

SWAN and their partners have been calling attention to the lack of support provided to sex workers during the pandemic, and how many of them are risking their own lives in order to survive. They have been calling on government to either change the eligibility requirements, or provide a specific benefit for sex workers, such as the ones provided in B.C.