University of Waterloo PhD students Marzieh Foroutan and Mansour Esnaashary Esfahani were killed in the crash in Iran on Wednesday
Jan 9, 2020 5:15 PM By: KitchenerToday Staff 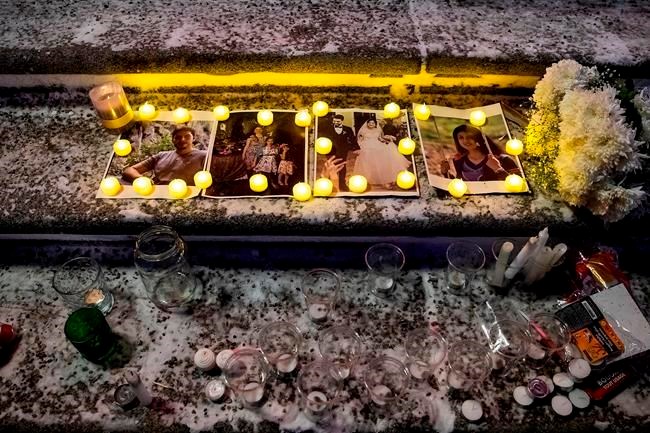 A Canadian Press file photo of a vigil for the victims

A book of condolences has been set up at The Erb & Good Family Funeral Home in Waterloo to honour and remember the two University of Waterloo students killed in Wednesday's plane crash in Iran.

Marzieh Foroutan and Mansour Esnaashary Esfahani, both PhD students, were among the 63 Canadians who were killed when the Ukraine International Airlines Flight went down.

The book will be available from Thursday, January 9 through Sunday, January 19, from 9 a.m. to 9 p.m. in the lobby of the funeral home.

It will then be presented to the University of Waterloo and the Iranian Students' Association of Waterloo on behalf of the community.

"With our privilege to serve local families for almost 75 years, the Erb & Good Family Funeral Home offers this opportunity for the local community to express its collective grief and solidarity amidst the tragic plane crash in Iran yesterday" said Rob Wintonyk, Owner and Funeral Director. "Indeed, our hearts go out to the many families, friends, colleagues and classmates of the crash victims, at this time of loss and bereavement."