Appointments at the Canadian Blood Services KW offices are spilling into the next day
Jan 14, 2020 5:00 PM By: Phi Doan 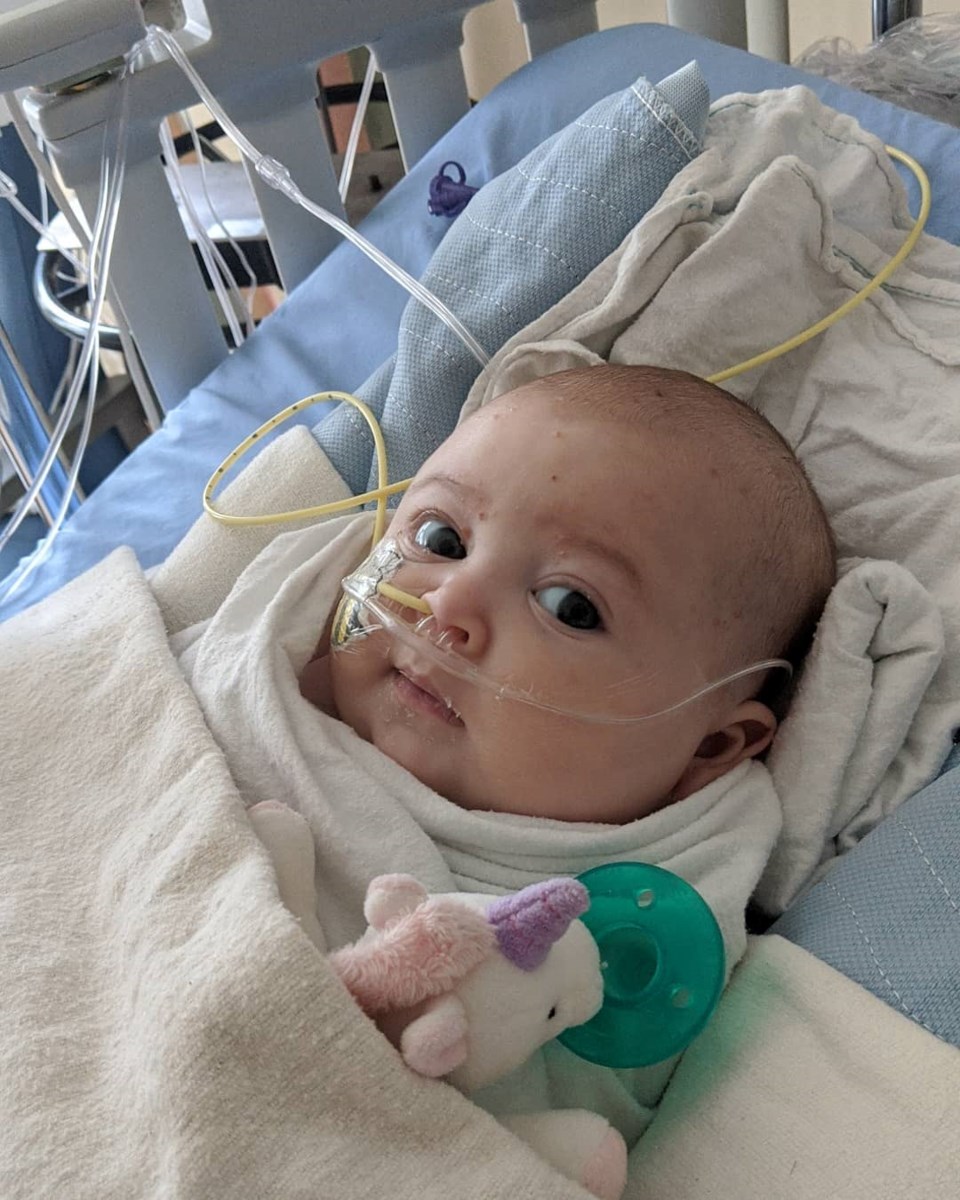 Baby Scotland was diagnosed with a rare form of blood cancer over the holidays. She's currently receiving chemotherapy at McMaster Hospital in Hamilton. From Brian Santos' Facebook

A Kitchener couple received terrible news over the holidays when they brought in their baby daughter for what they thought was a fever.

Upon learning the news, Pamela Sellner⁠—a close friend of the couple⁠—organized a blood drive in their daughter's name. Although the blood donated won't necessarily go to baby Scotland, Brian says it means a lot to them that others in need of blood would be helped just as they had been.

"She's already had four transfusions. You just kind of take it for granted the power of giving blood. It's really life-saving and we've seen it first hand," he says.

According to him, the Canadian Blood Services KW offices had received over 150 appointment as of Tuesday, and was spilling into the next day. He says they were "extremely proud to call Kitchener home."

Brian says Scotland has been under sedation since Friday. Doctors were successfully able to insert a port for chemo treatment, but in the process, one of her lungs collapsed. She was placed in the Intensive Care Unit, but they were able to start chemo treatment the following day. They later discovered she was also dealing with pneumonia.

Carli Parsons, a neighbour of the two, also helped spread the word of the blood drive. She says the Auditorium neighbourhood in Kitchener was very close-knit and supportive of the couple and their baby. Parsons says the two had helped many people find homes through their work as realtors and even helped sponsor local community events.

"Joy and Brian are amazing people who do so much for our community, so people started to really think about ways that they could support them."

Brian says the road to recovery was not straightforward and their daughter had a long fight ahead of her. They've been staying in Hamilton at the Ronald McDonald House ever since the diagnosis. They hope that anyone who has heard their story will find it in themselves to give blood.

If you're interested in donating blood, you can find more info at blood.ca

CEO of truLOCAL changing the game with farm-to-doorstep meat delivery
Sep 30, 2020 9:30 AM
Comments
We welcome your feedback and encourage you to share your thoughts. We ask that you be respectful of others and their points of view, refrain from personal attacks and stay on topic. To learn about our commenting policies and how we moderate, please read our Community Guidelines.