Beertown expanding to Guelph in 2020

The restaurant, part of the Charcoal Group, will be part of the new development at Stone Road Mall
Mar 14, 2019 5:30 PM By: Kenneth Armstrong 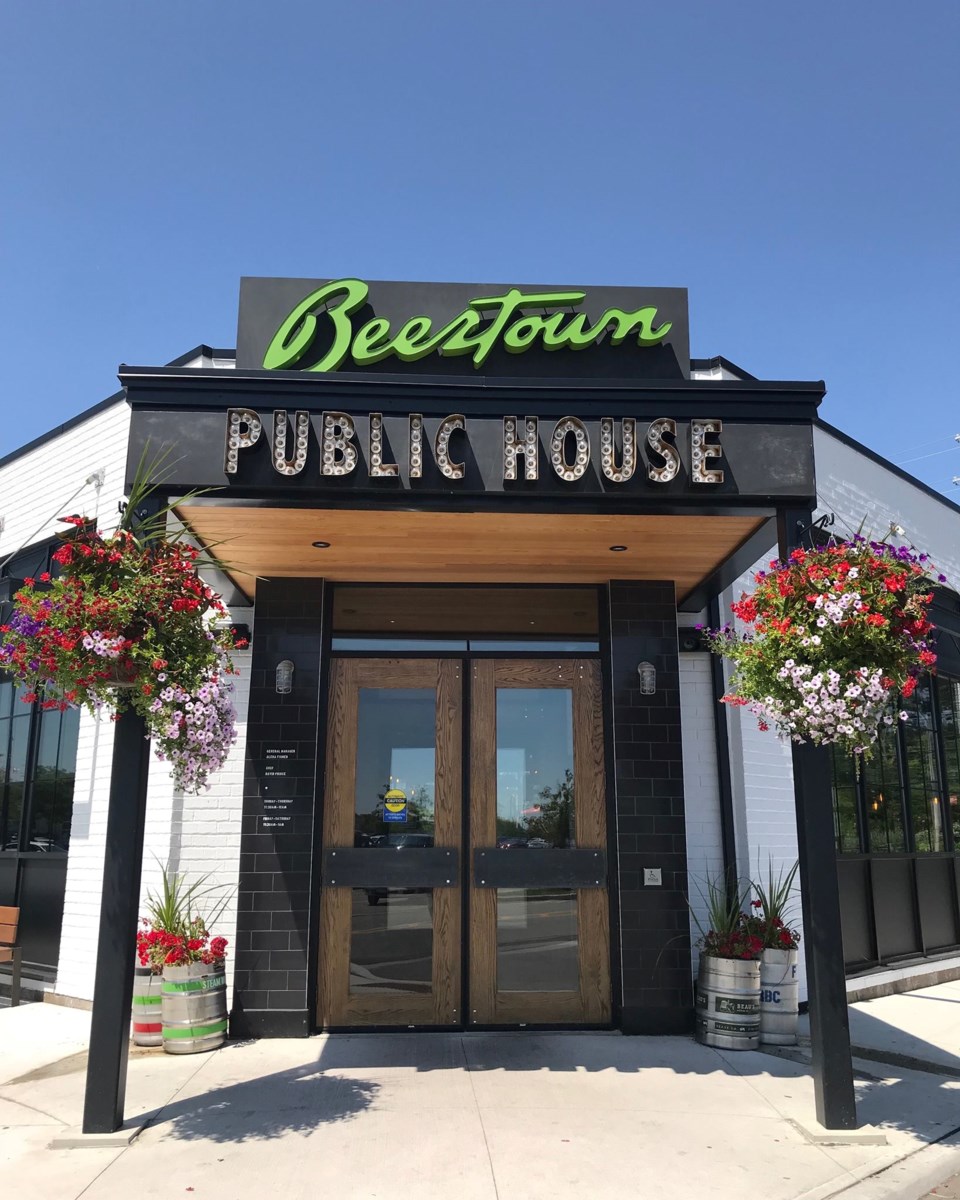 Beertown is expanding Guelph, to be located in the parking lot of the former Sears store at Stone Road Mall. Photo courtesy Beertown

The CEO of Kitchener-based Charcoal Group of restaurants says Guelph will soon be home to one of the company’s Beertown Public House brand of establishments.

The company is known for its branded restaurants, including Moose Winooski’s, WildCraft, Beertown and the original Charcoal Steakhouse.

Charcoal CEO Jody Palubiski said the company has actively been looking at opening Beertown in Guelph for about two years and had been keeping an eye on opportunities to open on the highly visible corner of Stone Road West and Edinburgh Road South for about 10 years.

“We had talked about that a lot, but it wasn’t really an option with Sears being there, because they pretty much controlled the parking lot and the development there,” said Palubiski.

As the Stone Road Mall was looking into redeveloping the end of the mall where the former Sears store stands, Palubiski said the company approached the mall owners again.

“We had so many conversations, it was an easy one to fall back into,” said Palubiski.

Last week, Stone Road Mall announced plans to tear down the former Sears store and redevelop that end of the mall with new retail space and three pad sites, standalone buildings that will be placed in the parking lot area. Palubiski said Beertown will be built in one of those pad sites.

He expects the restaurant to open in early 2020.

“We’re really happy to know things are progressing now and we are starting to get into giddy-up mode a little bit,” said Palubiski.

Guelph was a logical next step for the company’s expansion of the Beertown brand, said Palubiski.

“As we branch out across Kitchener and Waterloo, if you look at our comment cards, there’s a good number of people already supporting us out of the Guelph market,” said Palubiski. “So I don’t think we enter it as a completely unknown entity. I think there is hopefully a relationship built, some of them going back to the Charcoal Steakhouse 50 years ago.”

He said some of the staff working in the company’s restaurants in Waterloo region live in Guelph and some will be part of the team opening up the Guelph location.

“It always gives you confidence when you know you already have people in a marketplace that want to be part of your team there, that’s refreshing and comforting.” said Palubiski.

The restaurant will open with about 40 beers on tap, said Palubiski. Eight to 10 of those taps will rotate regularly so there is something different to offer repeat customers.

“It’s about tasting extraordinary products. They may come from Austria or Germany or Belgium or they may come from your back yard. We love the fact that we can curate a balanced list from all of those areas,” said Palubiski.

He noted the company already has business relationships with many beer producers in Guelph.

“As a company, we have a relationship with over 400 beer producers from all over the world,” he said. “A big part of what we want to do is to serve the best products, and a lot of those are local.”

Beertown is not a ‘party place’ and does not serve beer in pitchers. “That’s not us,” said Palubiski.

Beertown is also not just about beer, Palubiski said. It’s about experiencing food and beverage together.

“Our goal is not to be the craft beer place, it’s to be the leader in the craft beer dining revolution,” said Palubiski. “We are trying to do food that people are looking for and is approachable, but we want to do it better than everyone else.”

The restaurant will also be opening with a menu that includes vegan and gluten-free options, something Palubiski said has been popular at Beertown’s other locations in Cambridge, Waterloo, Burlington and London.

Dining out in groups can be a challenge, something Palubiski said is made easier with the options the restaurant provides on the menu.

“That’s hard to do these days with so many different preferences, allergies and diets. We would like to think we are a place where you can bring a group of people and you’re going to know we have something for everybody, because of the attention we are paying to all of those specifics,” he said.