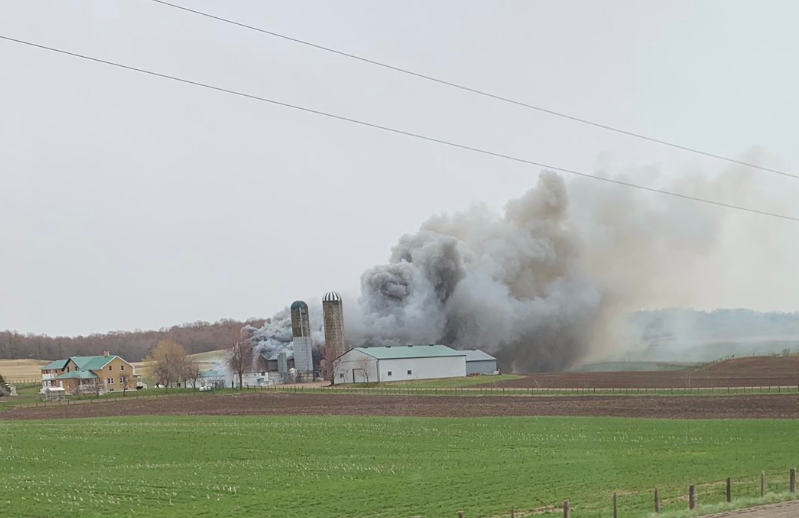 Barn fire on Lobsinger Line in Wellesley. Photo from @DougRibey on Twitter

Damage from a barn fire in Wellesley Township has now been estimated at $650,000.

Firefighters were called to the barn on Lobsinger Line just before 6 p.m. on Monday.

The cause of the fire has not been determined yet.

Both the Wellesley and Woolwich Fire Departments are investigating.