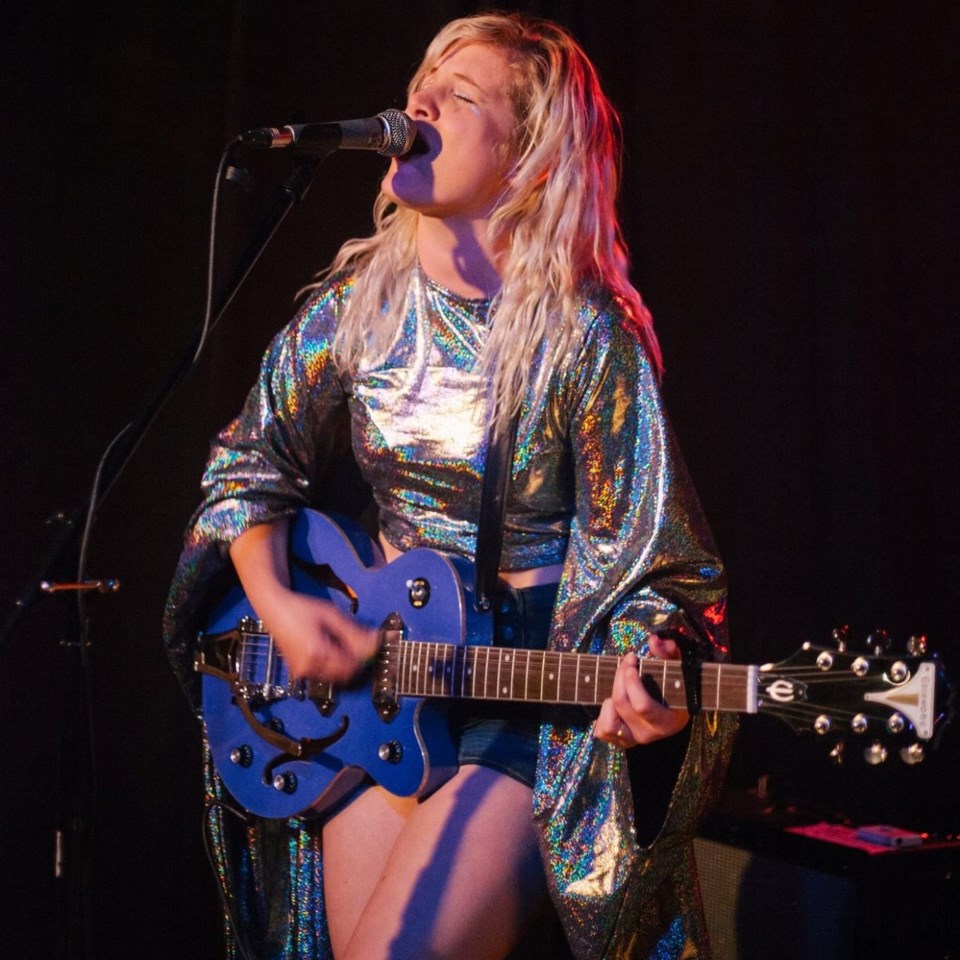 A photo of Missy Bauman performing with an electric guitar on stage. Photo from missy bauman.com

A new, award-winning album that was recorded in Cambridge, is now available for purchase.

According to the release, the album's closing track was recorded at SkyTrack Studios, located at E-Bolt Music in downtown Galt. The nine-track original album was also made in collaboration with head engineer Zach Gerber, who has also worked with Walk Off The Earth.

Even before it was released, Sweet has been the recipient of two awards. The album won both the 'Folk Music Award' presented by Folk Music Ontario, and the 'Folk Award' from the international John Lennon songwriting competition.

The album's third track, 'Two Sisters', has also resulted in Bauman being nominated for the Slaight Emerging Artist Award from the Canadian Songwriter Hall of Fame.

Although she is a newcomer within local artist circles, Bauman says in the release that she is excited to contribute to Galt's flourishing arts scene.

To check out Missy Bauman's music, go to missybauman.com.