Bethany Ann Davidson, artist and founder of 'WorldRooted: the Art Project for People' will hold an art exhibit at the Seven Shores Community Cafe on Oct. 26th
Oct 13, 2019 3:00 PM By: Ariel Deutschmann 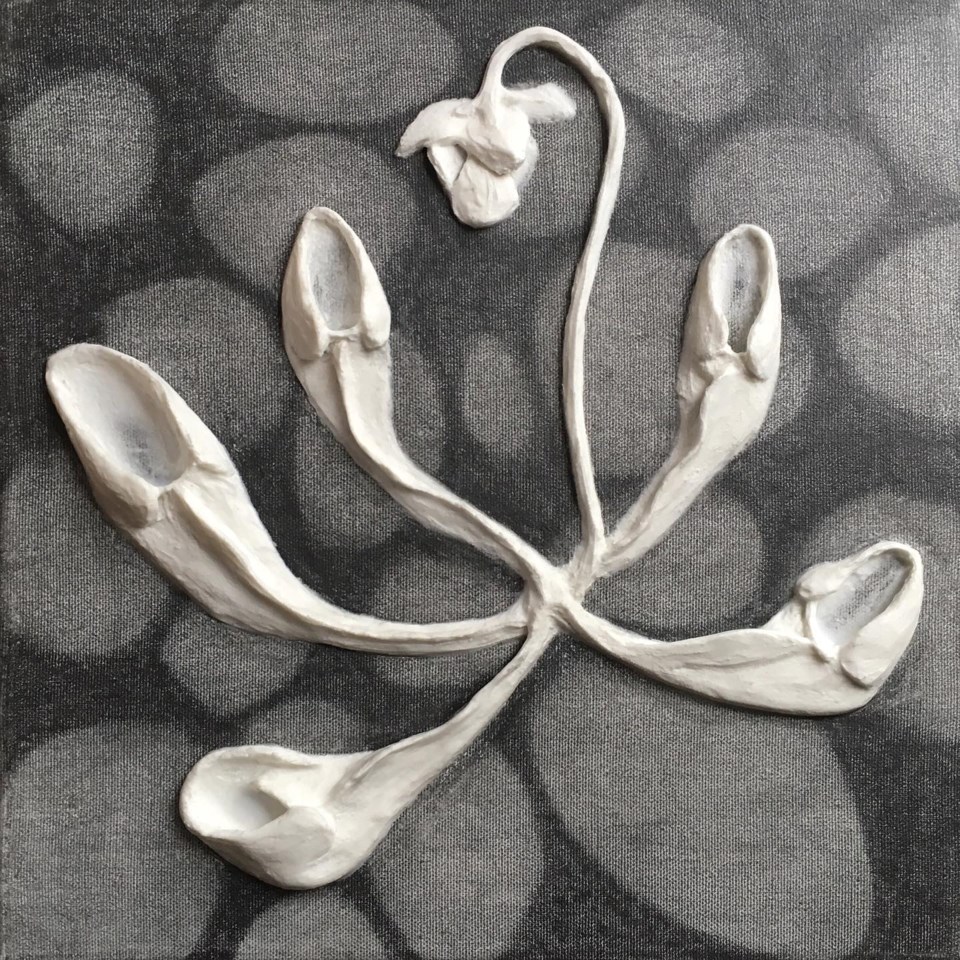 Photo of Bethany Ann Davidson's work, 'The Pitcher Plant,' from the WorldRooted: the Art Project for People Facebook page.

It's a movement drawing community together in a positive place, and it's coming to the Region.

'WorldRooted: the Art Project for People' founder Bethany Ann Davidson from Goderich, says they have been organizing art shows and cultural events to provide a space for people to develop their networks and find support.

"We're really just looking to help people find their voice, to support charities both locally and around the world, shine a light on the good and let people connect." says Davidson.

Davidson says she began WorldRooted in 2018, after learning that a friend and her family were experiencing survivor's guilt after they had moved to Canada from Syria.

She says her friend and her husband were sending everything they could back to their families who had nothing.

"I really wanted them to know that I felt for them, so I made a painting and when I sold it, I gave all of the money to them." says Davidson, "And it's been kind of like that ever since."

On October 26th, WorldRooted will be in Waterloo to hold an art event at the Seven Shores Community Cafe.

The solo art show gives residents the opportunity to check out Davidson's latest work and will offer food and beverages for purchase.

According to Davidson, the location for this event was chosen because of her relationship with co-owners of the cafe and the community built around Seven Shores Cafe.

"My friends Steve and Deb Tulloch, who co-own Seven Shores Cafe, they really had a large impact on me on what it means to love and to live well." says Davidson, "So when I said  'Hey, I would love to have an artisan at your cafe,' they said 'Hey, that would be awesome!' "

Davidson says because of the Tulloch's involvement with the International Association for Refugees Canada, and their relationship with Adventure4Change owner Jeremy Horne, she decided to donate 25 per cent of all proceeds on October 26th to these charities, and Reception House Waterloo Region.

Davidson says her display hanging at the cafe focuses on food like chickpeas, coffee plants and sugar cane, plants that are grown in different countries but are used everyday by Canadians.

"A lot of Canadians have seen these pieces and not known what the plant was that was in the art," says Davidson, "And that's because they didn't grown up growing coffee plants, or sugar cane or whatever else."

"It's meant to help us see more of our global village, and help then to also recognize that there are people in our community who do recognize these plants and do have a past that is closely connected to this flora."

Davidson says with her work and WorldRooted, she hopes to inspire conversation between people to foster better understanding each other.

"I believe that artists make art because they have something that needs to come out." says Davidson, "I'm just putting it out there for people to see, and hopefully people want to buy and take it home, and it becomes a conversation starter for the rest of their lives."

Police investigating sexual assault at place of worship in Petersburg
Oct 30, 2020 1:56 PM
Comments
We welcome your feedback and encourage you to share your thoughts. We ask that you be respectful of others and their points of view, refrain from personal attacks and stay on topic. To learn about our commenting policies and how we moderate, please read our Community Guidelines.