The federal Opposition leader came under fire from some on social media for not correcting the record when a participant at the town hall mentioned 'pizzagate'
0
Mar 8, 2019 4:20 PM By: Canadian Press 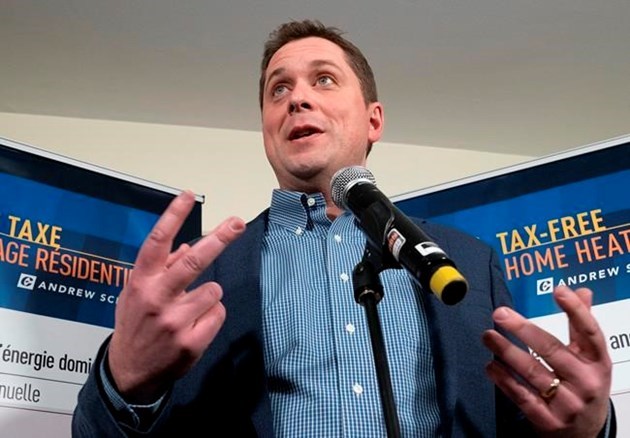 The federal Opposition leader came under fire from some on social media for not correcting the record when a participant in a Kitchener town hall mentioned ``pizzagate.''

Pizzagate is an unfounded conspiracy theory that claims Democrats in the U.S. harbour child sex slaves at a Washington, D.C., pizza restaurant.

The reference came in a rambling question to Scheer that touched on immigration, foreign aid, homelessness and Canada's past donations to the Clinton Foundation.

Scheer responded about Justin Trudeau spending taxpayers money on his own personal projects such as the Clinton Foundation before transitioning to an answer about immigration rules.

Scheer says he didn't dispute the pizzagate reference because he didn't hear it.