The people most affected by the opioid crisis have taken upon themselves to save each other
0
May 21, 2019 5:20 AM By: Phi Doan 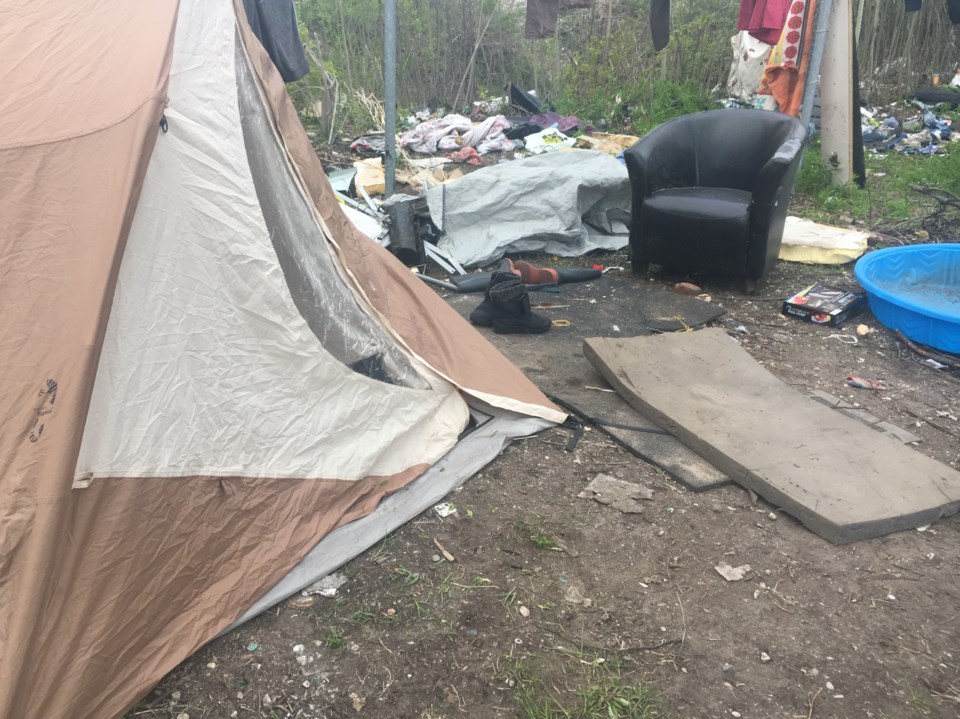 Some local activists have been setting up illegal overdose prevention sites (OPS) around Waterloo Region for some time now, but have recently made plans to create a permanent location.

Over the Victoria Day long weekend, they held an "open house" event that would answer people's questions. No location was given until the day of the event came.

There were concerns that some people may show up with less than friendly intentions, so the location of the site was a guarded secret only known to those who needed to know.

However, no one came aside from two activists and myself.

The location of the site was in a tent city. It was "permanent", as long the community was there for or until police got involved.

"The place we're located is strategically located between three major drug areas and people are going to use here anyways whether we're here or not," says Julian Ichim, one of the organizers behind the site.

Several tents were pitched in the area, garbage littered all over, laundry hung from the fences and tree branches.

Ichim says they're planning to organize a community cleanup soon. It's one part of his plan to build a community that can support each other where traditional social services fail them.

He speaks from experience, being a poverty activist, as well as being homeless and a opioid user too. He has a prescription to treat his own severe health issues.

In one of the tents, a few Naloxone kits were available to treat an overdose at a moments notice.

"If we're not here, people are going to die," Ichim says. "Over the last month, I would say, easily, 40 overdoses, maybe more, that we've stopped."

The other activist with us went by Lisa. She says she has experience working in overdose prevention sites and says they are crucial to dealing with the opioid crisis.

Although the sites she worked at were previously approved by government.

"Well I think people are doing what they need to do," she says. "When I was working at the overdose prevention site, I would ask people, 'how many times do you think you've brought someone back using Naloxone in the last year?' Many many people would say 30 and 40 people. And there's not many of us who are saving 30 and 40 lives a year,

According to her, the demands by the Ford government for municipalities applying for Consumption and Treatment Services (CTS) sites were too strict.

The Ford government is only allowing 21 CTS sites in the province, with 15 approved so far. As part of the application process, municipalities must provide wraparound services which includes primary care, mental health services, housing, and other social supports.

She says this limits municipalities from adequately treating overdoses and pushes the burden onto the cities' healthcare systems.

Lisa went on to criticize the effectiveness of drug rehabilitation services too.

"It's been tried, it doesn't work. Like the numbers are in. The statistics show that like 10 percent of people who go through treatment actually stay quote-on-quote clean. After very short periods of time, most people are back to using," she says. "Nobody's really addressing the underlying issues of why people are using in the first place. So treating people, but not really addressing the issues of trauma and poverty and those kinds of issues."

While an OPS doesn't address those issues either, she says it treats the immediate problem of overdoses.

Currently, Waterloo Region is in the process of applying for a CTS site for 150 Duke Street in Kitchener.

Ichim says he was there when Kitchener City Council unanimously approved the site.

"Any direction is better than the way we are right now," he says, although he holds reservations on the government properly dealing with the crisis.

Others in the tent city declined to talk.