A WLU professor is seeing parallels to last U.S. election 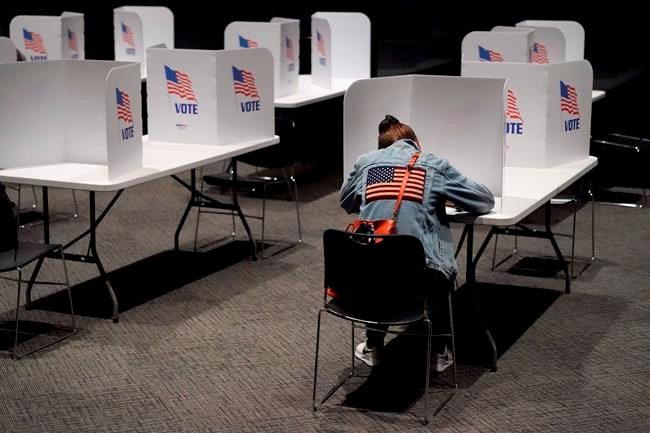 Canadians and Americans living in Canada woke up to another day of the U.S. election, as states continue to count ballots.

Much of this was predicted beforehand, with millions of mail-in ballots still waiting to be counted in the coming days.

According to Chair of Republicans Overseas, Mark Feiganbaum, we may be waiting up until Friday before all the counting is done.

That's based off a court ruling that's allowing Pennsylvania to count ballots that arrive late from up to three days. Although he can see it stretching out longer.

Either way, he says people are going to be disappointed by the results in some way.

"All the people that are worried about the other half of the people, so I think it's going to be a lot of tension," he said.

Meanwhile, K-W Chapter Chair of Democrats Abroad, Tim Flannery was hoping for a decisive victory rather than a long drawn out process. For now he says he's keeping an eye on key races.

"Watch whether or not the senate goes a certain way, and hopefully, I hope it's towards the Democrats and the house."

Andrea Perrella, a political science professor at Wilfrid Laurier University, is looking at the entire picture. He remembers the 2016 U.S. election and isn't willing to bet on the outcome this time around.

In fact, he sees some distinct repeats from 2016 this time. Polls that had predicted a comfortable victory for Hilary Clinton and the Democrats turned out wrong, and now we're looking at a race that's too close to call despite polls favouring former vice president Joe Biden.

"Not that the polls are wrong, but the polls cannot pick up the subtle shifts and twitches within the states, and in particular counties, what you need to do is wait it out. It's very difficult today to use a survey to gauge public opinion when public opinion is simultaneously multi-layered and a lot of those layers are hidden, but also volatile."

Perrella also recalls last time that Donald Trump also wouldn't commit to accepting the results unless he won. Now he's already declared victory and threatening to take the results to the Supreme Court.

"That's a narrative that he want his public to believe. He may ultimately lose the legal battle if there is one, but in his world that doesn't matter as so much. He wants to win the public opinion battle."

And like before, Canadians have no choice but to watch the election closely. He recalls the words of former prime minister Pierre Trudeau who compared Canada-U.S. relations to sleeping next to an elephant.

"In a way, we're like roommates here, and one of the roommates is freaking out. Well it affects us. You can't just say, 'well it's their business, it's their life.' Well we're sharing a space here."