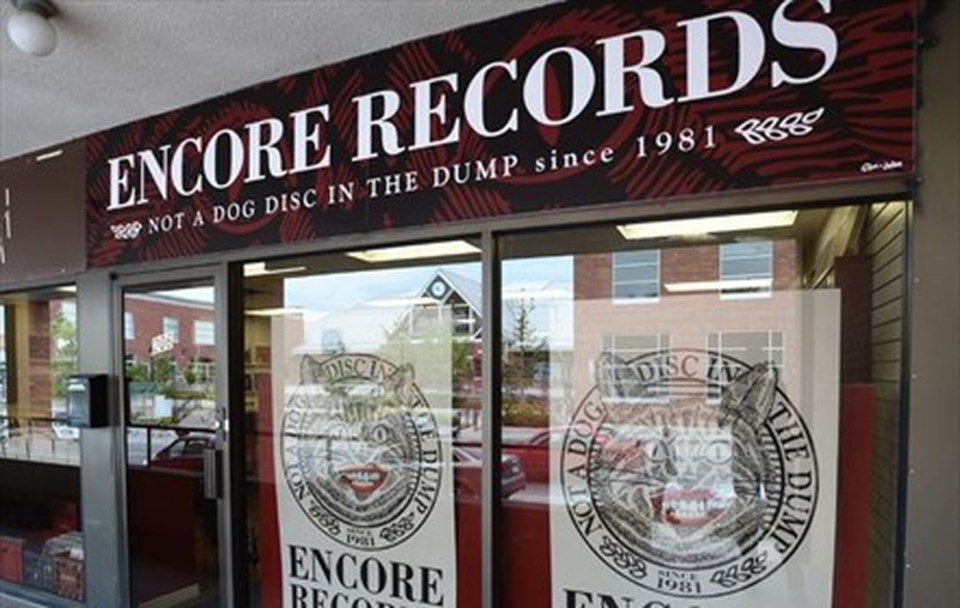 Around since 1981, Encore Records has been through it all, from the downloading frenzy of the 2000s to a ruthless pandemic that has forced thousands of businesses to close their doors for good.

But despite being repeatedly closed throughout the year and having an extremely limited capacity due to lockdowns and restrictions, owner Mark Logan is pretty confident they will make it to their 41st year.

“Business has been great. It’s been busy the last six or seven years for vinyl, but the pandemic really opened our website up to people who live across the country,” Logan said.

When everything initially shut down at the start of the pandemic, he figured they could be shut down from March to July 2020 and still be able to pay the bills. Beyond that, he wasn’t sure what they would do.

Fortunately, they had been working on building their e-commerce site for a few years to compete with the growing list of record sales on Amazon and Shopify. The website really took off within that first month, making it “apparent that we would probably be able to get through it,” he said.

“I mean, people were using the website [before] to some degree, but the pandemic really shifted it,” he said. “The website sales are probably tenfold what they were in January of 2020.”

The online site was such a success that he’s managed to score regular customers from across Canada - people who have never even been in the store, but are regularly buying records from him.

While he remains optimistic, however, he says staying in business is never a guarantee.

“I never take it for granted. Nothing would surprise me,” he said. “It’s one of those things where it could all change. In 2000, suddenly the world downloaded everything that had ever been released, and our sales plummeted because you didn’t have to buy it anymore.”

But Encore Records managed to make it to the other side. As such, he takes it year to year - and has, for the last forty years.

While that year-by-year mentality may not sound like a cut-throat business tactic, Logan says he was never really in it for the business side of things.

“I know a lot of music, but there's still a lot that I haven't discovered yet,” he said. “And, I mean, that’s the whole point of me having a record store. It's really been more about the music than about the business.”

In fact, their competitive pricing stems from the fact that Logan “feels bad that something is that much money,” so they decide to charge less.

For instance, he says they will compare prizes with Amazon. If Amazon is selling something for $50, he’d like to sell it for $30. “We should sell it for $40, but we’ll sell it for $30 because that feels right,” he said. “And somehow that methodology has allowed us to pay off everything that we owe.”

He laughs, adding that he thinks he’s earned under minimum wage for his whole life.

“But I could have jobs that are way less interesting than this for the same money,” he said.

Encore will be open to the public for Record Store Day (RSD) on July 17, and like last year, people will line up outside, and each person will be able to come in for 10 minutes at a time to shop the products in the designated RSD area.

All the RSD products will be in one area, so Logan says the whole process should be quick and easy.

Currently the store is open from 11 a.m. to 6 p.m. Monday to Fridays. It's located on King Street East in Kitchener.