Twin signing for the Rangers 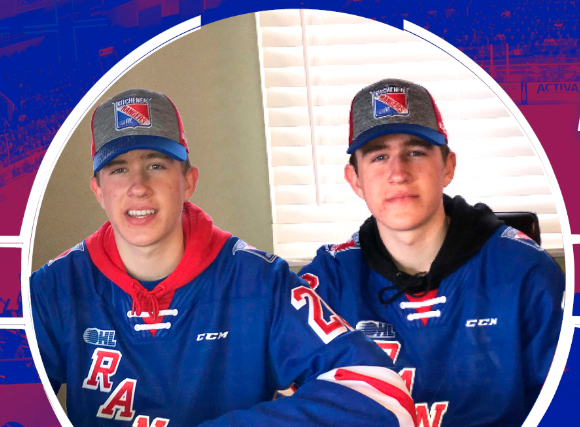 Image from the Kitchener Rangers

The LeBlanc twins have officially signed with the Kitchener Rangers.

Andrew, a centre, was Kitchener's first round pick (17th overall) in the 2020 OHL draft earlier this month.

He racked up 68 points in 31 games with the Southern Tier Admirals this past season.

His brother, Jacob, who plays defence, was selected by the Rangers in the third round (42nd overall).

“We are excited to welcome the LeBlanc twins to the Rangers organization,” said General Manager Mike McKenzie.

“Andrew is an extremely gifted, skilled, and smart offensive player who also has some bite to his game,” McKenzie added.

“Jacob is a smart two-way defenseman who can be really hard to beat defensively while also possessing great offensive abilities and sense too.”

McKenzie said the twins will have a bright future in Kitchener.

📹 Andrew and Jacob LeBlanc are excited to put their skills on display for #RTown.@AndrewLeBlanc04 | @Jacob53740751 | #Kitchener | #OHL pic.twitter.com/PucCGXOwTJ