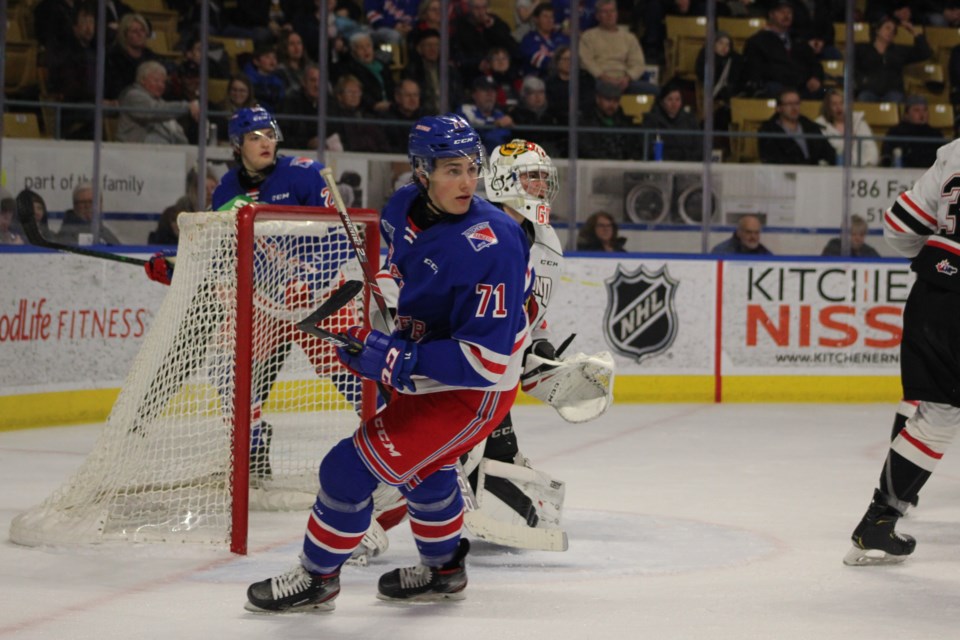 A trio of Kitchener Rangers have caught the eye of NHL Central Scouting.

Centre Francesco Pinelli, goalie Pavel Cajan and winger Matthew Sop were all listed in the service's 2020-21 Preliminary Players to Watch List, ahead of the 2021 NHL Draft.

Pinelli got the highest rating of the three, given an 'A,' meaning he's a candidate to go in the first round of next year's draft.

Pinelli --- Kitchener's first round choice in 2019 OHL Priority Selection --- was fourth in league rookie scoring last season, with 18 goals and 41 points in 59 games.

Meantime, both Cajan and Sop received 'C' ratings, indicating they're candidates to go in Rounds 4-6 next summer.

Sop played two games with the Rangers last year, and spent most of his time with the OJHL's Mississauga Chargers.

Cajan is about to enter his first season with the Rangers, after he was picked in the first round of the 2020 CHL Import Draft.

Elsewhere, Cambridge native Tristan Lennox was given a 'B' rating.

Lennox, a goaltender with the Saginaw Spirit, is pegged to go in the second or third round of the draft.