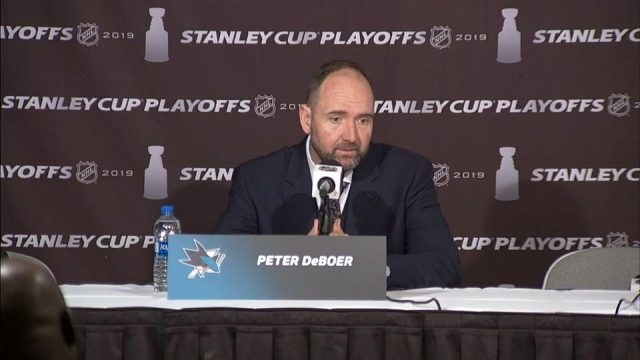 Former Florida Panthers head coach Bob Boughner was named as DeBoer’s replacement on an interim basis by the Sharks on Wednesday night.

The Sharks currently lie in sixth place in the Pacific Division with a 15-16-2 record, five points adrift of the final wild-card spot in the Western Conference coming into Wednesday night.

San Jose is riding a five-game winless skid after their 3-1 defeat to the Nashville Predators on Tuesday. That includes 5-1 and 7-1 losses to the Panthers and Tampa Bay Lightning, respectively.