Riley Damiani, Greg Meireles and Declan MacDonnell each had a pair of goals in the Ranger win
Jan 17, 2020 10:16 PM By: Mark Pare 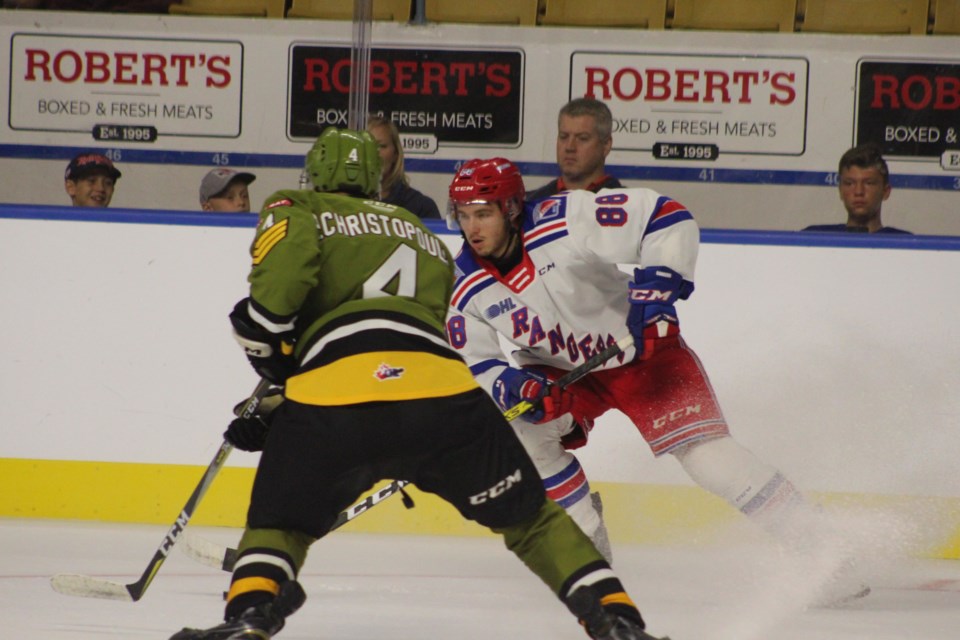 File photo of a game between the Kitchener Rangers and North Bay Battalion. Mark Pare/KitchenerToday

It wasn't pretty for the visiting North Bay Battalion.

The Kitchener Rangers didn't take it easy on the Troops, overpowering the OHL's cellar dwellers with a 9-2 victory Friday night.

Three goals in the first period were more than enough, but they added to their total and matched their season high in goals on the night.

Co-captains Riley Damiani and Greg Meireles each scored twice, and led 7-1 after the second, out shooting North Bay 32-9 in the process.

Francesco Pinelli and Liam Hawel had the other two Ranger goals.

Luke Moncada and Josh Currie scored for the Battalion.

Kitchener has points in all 10 games since the Christmas break, and are now tied with the West Division-leading Saginaw Spirit atop the Western Conference.

A blessing of a blowout, as the Rangers were able to give their younger guys some more ice time, as they prepare for a home-and-home with the rival Guelph Storm to wrap up their third straight three-in-three weekend.

The front half of the Highway 7 rivalry goes Saturday night in Guelph.