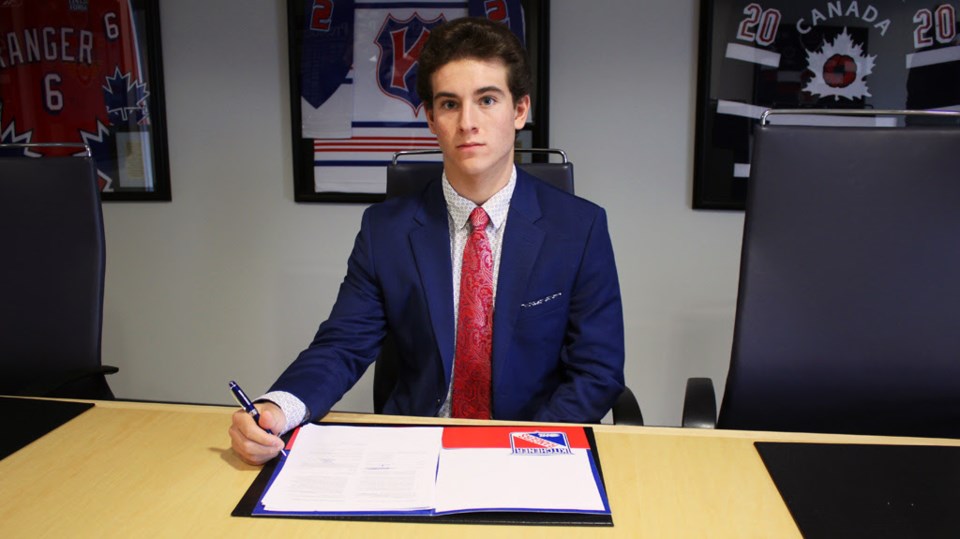 He was a fourth round pick (79th overall) of Kitchener in the 2019 draft back in April.

Last season, the native of Thornhill put up 27 points with the Mississauga Rebels.

He also then recorded five goals and six games at the OHL Cup in March.

"We are extremely excited to add Jesse to our team." Rangers General Manager, Mike McKenzie said in a release.

"We know he had a lot of options - like all good players do - and are thrilled he and his family have made the decision for Jesse to continue his development in Kitchener,"

Fishman describes himself as a two-way forward who can get the job done at both ends of the ice.

"I'm looking forward to the all the guys and the coaching staff showing me the ropes and getting used to the style of play." he said.

Jacob Ingham unbelievable, again, for first-place Rangers
Feb 23, 2020 10:30 AM
Comments
We welcome your feedback and encourage you to share your thoughts on this story. We ask that you be respectful of others and their points of view, refrain from personal attacks and stay on topic. To learn about our commenting policies and how we moderate, please read our Community Guidelines.