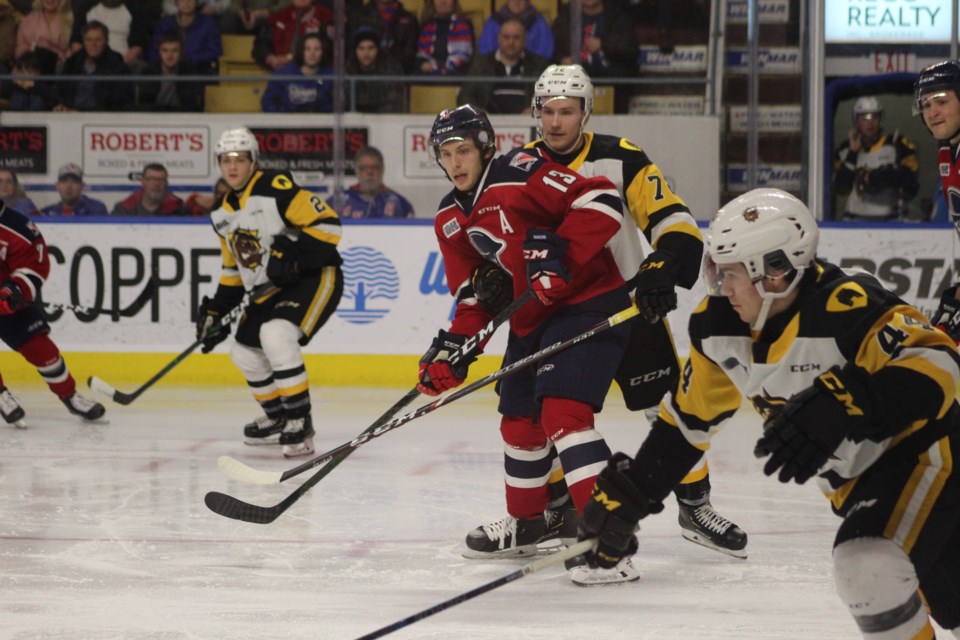 It wasn't quite how the Rangers drew it up.

Not even the most dysfunctional of family gatherings would have been as entertaining as the Kitchener Rangers game in Hamilton against the Bulldogs.

Hamilton jumped out to an early 3-1 lead before the 10-minute mark of the first period.

The Bulldogs kept coming, and led 6-2 with five minutes left in the second.

"I was really disappointed," said McKenzie, "Not in the fact we were losing. I thought guys were starting to point fingers at each another and being negative. You saw stick banging, you saw shrugged shoulders, you saw palms up when things weren't going our way."

So, he had a message to his team in the second intermission after rookie Francesco Pinelli cut the lead to three with a power play goal late in the second. 6-3.

"I don't care how the rest of the game goes, in terms of winning or losing," said McKenzie of his message to the room. "But, we better compete for 20 minutes and we better make sure we stick together as a team, and we don't do those things we saw early and act like a selfish group of individuals that hasn't earned anything yet."

Harsh words for his team, but it worked.

In the third period, during a Justin MacPherson double-minor for high-sticking, Serron Noel picked up the puck in the neutral zone and scored on a short-handed breakaway. 6-4.

"Even [Hawel], he's not the most energetic guy, but he's hyping up the bench even," said co-captain Riley Damiani. "Seeing that is great. Everyone is jumping up and down. We believed we could come back against any deficit."

Still, there was more to do.

Defenceman Donovan Sebrango jumped up in the rush and dropped a pass to Damiani just inside the blueline.

Damiani wired in the winner from above the circles, and the Rangers shocked the Bulldogs 7-6.

"The third period will be something we'll look at and circle and say, 'When everyone wants to work and when everyone is on the same page, that's how we can play and that's what we can do,'" said McKenzie.

Kitchener sits in third place in the Western Conference, three points up on the surging Flint Firebirds, and one point back of the conference-leading London Knights.

The Rangers are back at home against the Erie Otters, Friday.