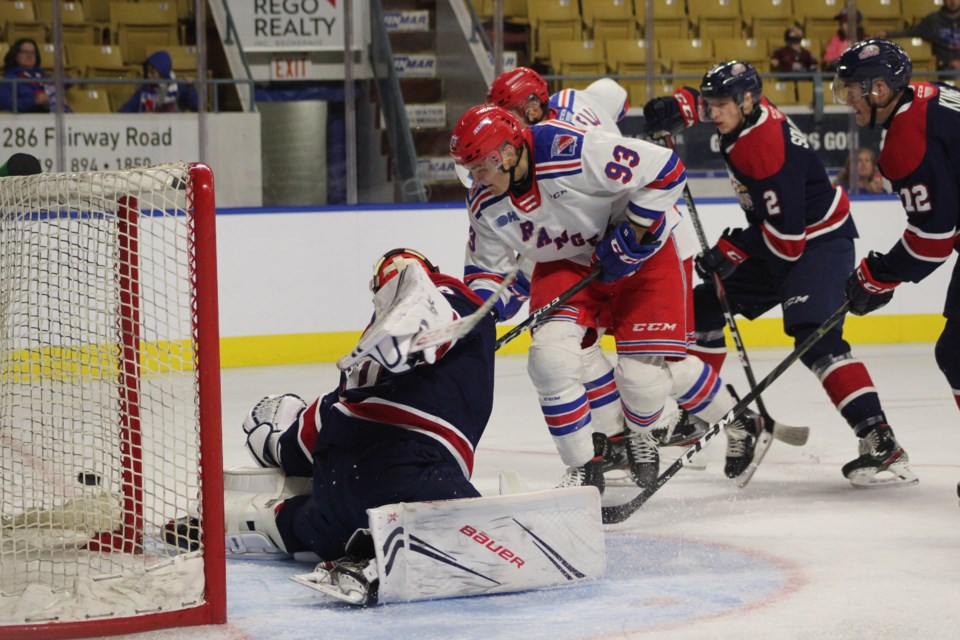 The season hasn't even started yet for both teams, but there's some tension in the air.

It'll be the Kitchener Rangers hosting the defending West Division Champion Saginaw Spirit, who met in the Preseason Showcase in Kitchener during the Labour Day weekend.

That game turned into a laugher, a 7-2 final for the Spirit, but a massive hit --- with seven seconds left --- by Saginaw's Danny Katic on 2019 first-rounder Francesco Pinelli resulted in a physical ending and the two teams wanting more.

They'll get the chance in this one, with the two teams bringing back a mix of veteran leadership and young guys that could make an impact.

But not expected in the opening lineup will be last year's leading scorer Greg Meireles.

The Florida Panthers prospect is still getting a look at the pro ranks, getting sent down to Springfield (AHL) on Sunday in time for their training camp.

Damiani is also sitting out the opener with an injury sustained while up with the Stars.

There is some new blood on this team, after acquiring the likes of Liam Hawel from Guelph back on Tuesday.  Hawel, who scored 37 goals last year, is fresh off playing in training camp with the Montreal Canadiens.

In net, Lucas Pfeil returns and will back up newcomer Jacob Ingham, who was acquired from Mississauga during the offseason.

Saginaw and Kitchener were both taken out last season by the eventual OHL Champion Guelph Storm.

The Rangers, who finished fifth in the West last season, were swept in the opening round while Saginaw was taken down in seven games in the Western Conference Final.

But their identity is not known, only revealing that "you'll see a C on a Ranger jersey tonight."