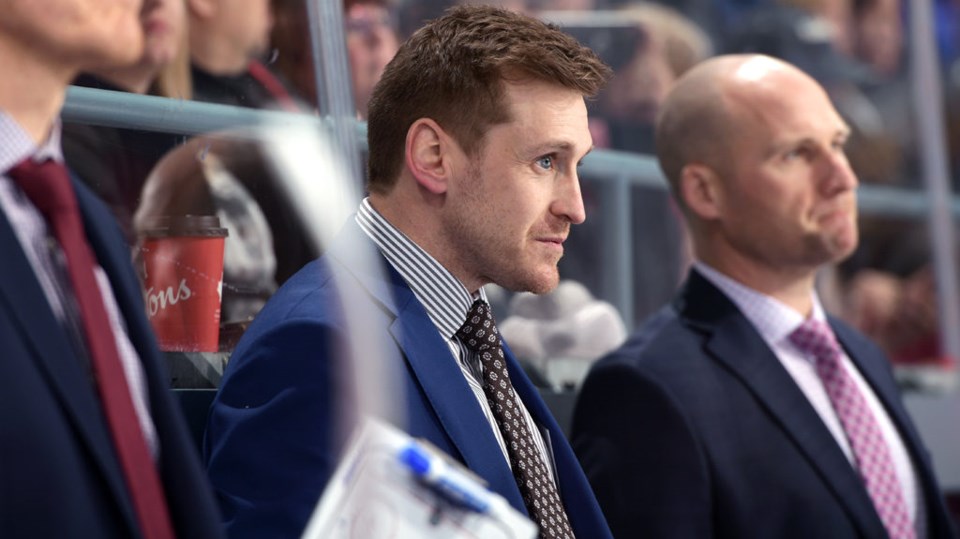 The Kitchener Rangers have decided to keep Mike McKenzie behind the bench.

The team announced Wednesday they are removing the interim tag off McKenzie's job title, and he will be the head coach moving forward.

He will also retain his General Manager duties, in what is more of an old school move, as he joins George Burnett (Guelph) and James Richmond (Mississauga) as the only OHL personnel to hold both roles.

"It wouldn't be happening if I didn't know there's people in place around me to support me on both sides, in both jobs," he told The Mike Farwell Show on 570 NEWS.

He added the rest of the coaching staff have all expressed an interest in returning next season.

Another comforting factor is that McKenzie has been GM since March 2017, so the majority of players on his roster were all selected by him either through a draft or a trade.

McKenzie served as interim coach of the team since November, when he fired Jay McKee from the role following a 7-10-4 start to the 2019-20 season.

In the 42 games under McKenzie, the Rangers went 33-6-0-3, moving the team from the Western Conference basement to a third place finish before the COVID-19 pandemic forced the postponement and eventual cancellation of the season.

But it's not a long-term committment per se.

"We're going to take it a year at a time," McKenzie explained, "It's not something we're committed to doing for five, six, seven years.  But we're also not going to go out and hire someone in October if we lose three games in a row to start the season either."

"It just makes sense right now, and the rest is kind of TBD at this point."

In late-March, McKenzie signed a contract extension as General Manager, taking him through the 2024-25 season.

Thus far, there's no word on what next season will look like with COVID-19 still playing a factor.

But while McKenzie is eager to get back to business, he knows returning to play has to be done right.

"It has to be safe," he said, "It has to be the right time, and the proper protocols are going to have to be in place."