He will be the second Ranger to be presented with the Dan Snyder Memorial Trophy
May 12, 2020 11:17 AM By: Blair Adams 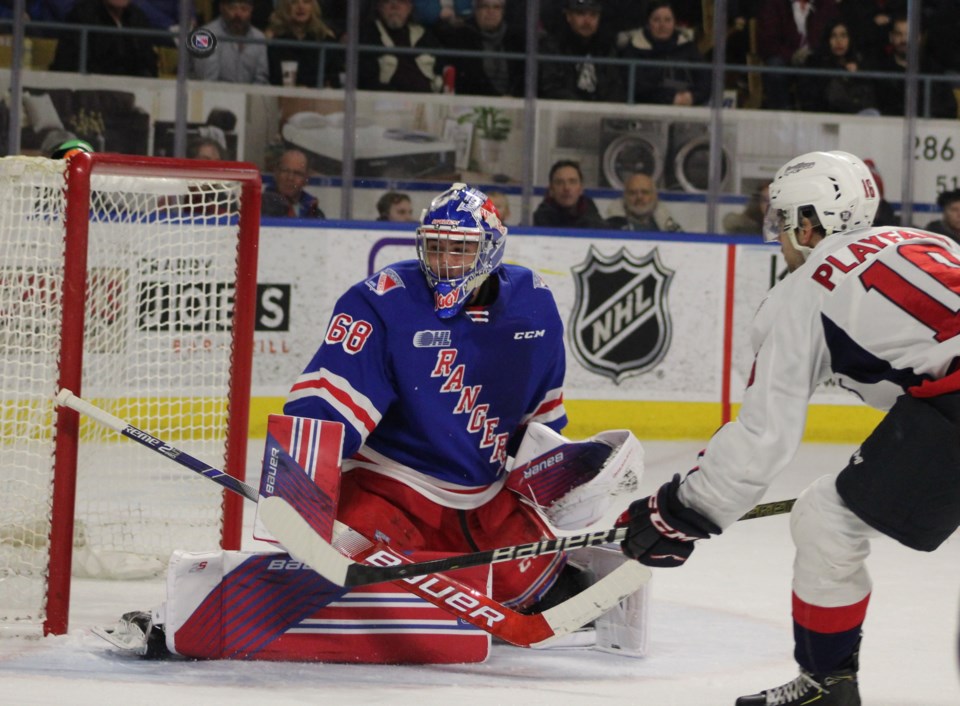 Goalie Jacob Ingham has become the second Kitchener Rangers' player to be honoured with the Dan Snyder Memorial Trophy.

Ingham was named OHL Humanitarian of the Year on Tuesday.

“I want to express my gratitude for the honour of being named the OHL’s Humanitarian of the Year,” said Ingham. “I am proud to play a small part in the incredible community response to supporting the need for blood in Ontario and throughout Canada.”

“Thank you to the Kitchener Rangers organization and the greatest fans in the OHL for all their support,” he added. “I also want to send a sincere thank you to Hockey Gives Blood, Canadian Blood Services, and the Brons family for all their inspiration over the last two years. As a hockey community, we can make a difference.”

Ingham became a booster for blood and stem cell donations after his grandparents were involved in a collision in the summer of 2018, for which they required blood donations.

He was also the first ever player ambassador for Hockey Gives Blood.

“Jacob is an extremely deserving recipient of this award and we are very proud of him,” said Rangers general manager Mike McKenzie. “It was impressive to see him have such an impact off the ice and in the community. He put in a lot of time and effort throughout the year and it’s great to see him get recognized and rewarded for it.”

Former Ranger Ben Fanelli was presented with the award in 2012-13.

The award was renamed after Elmira native Dan Snyder in 2004, who was twice named Humanitarian of the Year of the Owen Sound Attack in recognition of his tremendous efforts in supporting community activities.

'Jake Saves' eclipses $10,000, with no signs of stopping
Feb 5, 2020 12:15 PM
Comments
We welcome your feedback and encourage you to share your thoughts. We ask that you be respectful of others and their points of view, refrain from personal attacks and stay on topic. To learn about our commenting policies and how we moderate, please read our Community Guidelines.