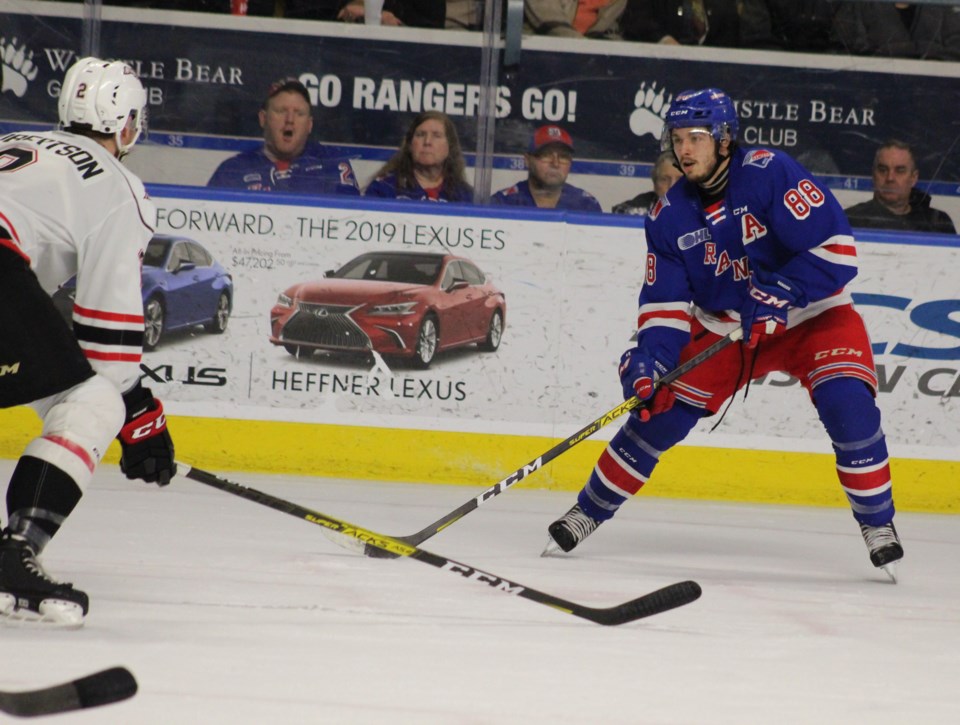 One of the leaders on last year's Kitchener Rangers team has put pen to paper on his first pro deal.

Greg Meireles has signed a one-year AHL contract with the Charlotte Checkers, the new AHL affiliate for the NHL's Florida Panthers.

Meireles was picked in the sixth round of the 2019 NHL Draft by Florida, and even got an extra look in pro camp a year ago before returning to Kitchener for his overage season.

Meireles recorded a career-high six points in a 7-4 win over the Guelph Storm on March 11, less than 24 hours before the OHL season was suspended due to the COVID-19 pandemic.

Rangers won't be offering season tickets for upcoming season
Nov 10, 2020 12:30 PM
Comments
We welcome your feedback and encourage you to share your thoughts. We ask that you be respectful of others and their points of view, refrain from personal attacks and stay on topic. To learn about our commenting policies and how we moderate, please read our Community Guidelines.