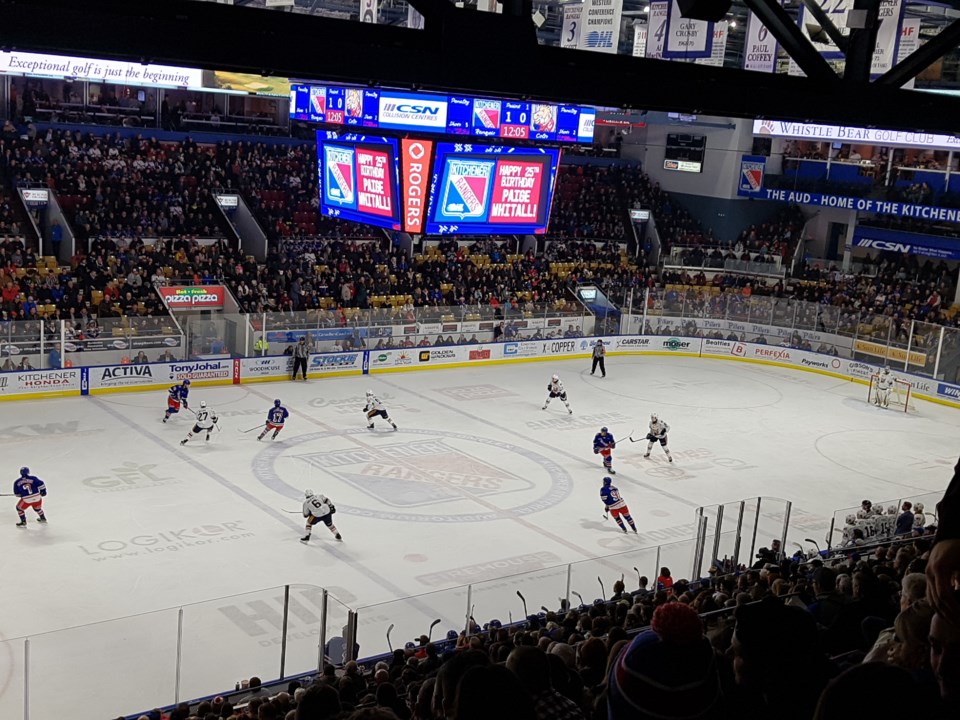 The Ontario Hockey League revealed details of its return-to-play plan to general managers during meetings on Wednesday, Sportsnet’s Jeff Marek is reporting.

The current plan is for the OHL to play a 40-game season starting on Feb. 4, with four teams from each conference (a total of eight teams) advancing to the post-season. Training camps would be scheduled to open roughly two weeks prior to that, on Jan 23, which would mean that European and American players would have to return to Canada on Jan. 8 and quarantine for two weeks (which would take them to Jan. 22).

The schedule would include one or two exhibition games played between Jan. 29–31, before the regular season would commence in February. Details regarding how the season’s schedule would break down were not given, though it’s believed teams would play only against four or five other clubs.

The OHL season would conclude on May 16. The Memorial Cup has already been pushed back to late June, beginning on June 17.

Discussions at Wednesday’s meeting did not include plans for the league’s three American-based teams (the Erie Otters, Flint Firebirds, and Saginaw Spirit), or about the potential of having fans in attendance.

The league did confirm on Thursday morning, the plan is to get the regular season going on Feb. 4.

“Although we are eager to get back on the ice, the safety and well-being of our players, staff, officials, tremendous fans and communities remains paramount,” OHL Commissioner David Branch said in a release. “We remain committed to providing our players with a safe, first-class development experience as they pursue their professional and academic goals ..."

Teams will play primarily against opponents in their geographic region in an effort to reduce travel in consideration of the health and safety of all players and staff.

Details concerning the structure of team alignment will be made available when the schedule is released.

Story by Sportsnet, with files from Blair Adams