Ingham turned aside 45 shots, 17 of which were in the first period, snapping the Flint Firebirds 15-game winning streak
Feb 23, 2020 10:30 AM By: KitchenerToday Staff 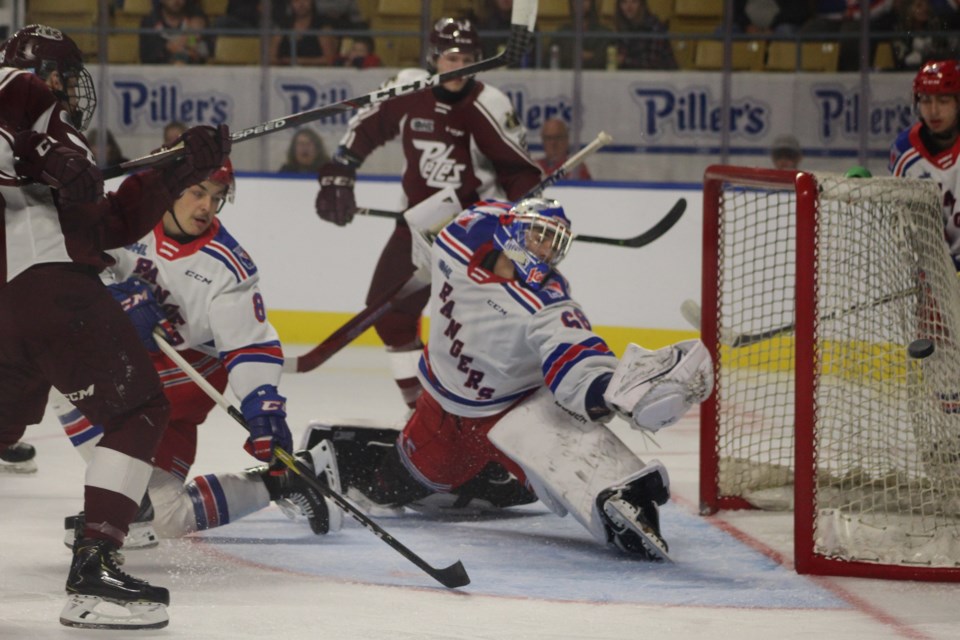 "Thank God we traded for Jacob Ingham in the summer."

That, from Kitchener Rangers interim head coach Mike McKenzie after a 45-save performance for the Los Angeles Kings draft-pick.

Seventeen of Ingham's saves came in the first period, when Flint was dominating the play.

"That has to be one for the ages for him," added McKenzie. “Without him it could have been over early.”

"Every game Jacob plays he gives us a chance to win," added third-year forward Mike Petizian. "He’s been unreal for us. It could have been 5 or 6-nothing in the first period, but he kept us in there, like he always does."

Petizian opened the scoring in the first period on one of just seven Rangers shots.

He added his 19th tally of the season in the third period.

“He’s a Swiss Army Knife. He can play wing. He can play centre. He can play on a scoring line. He can play a checking role. He [kills penalties.] He plays in all situations,” said the head coach about Petizian. “He’s in incredible shape. He’s like the Energizer Bunny, he doesn’t stop out there. He’s a really valuable guy to have.”

Joseph Serpa scored the winner and co-captain Riley Damiani iced it with a short-handed marker.

Greg Meireles missed the game after being handed a suspended after a hit Friday against Erie.

The league has yet to inform Kitchener on the length of the suspension.

The win moves the Rangers back into first place in the Western Conference. They leapfrog the London Knights, who play Wednesday against the Guelph Storm.

Kitchener is back in action Friday, at home, to the Sarnia Sting.