Heading to the Rangers' game Friday? Bring some spuds 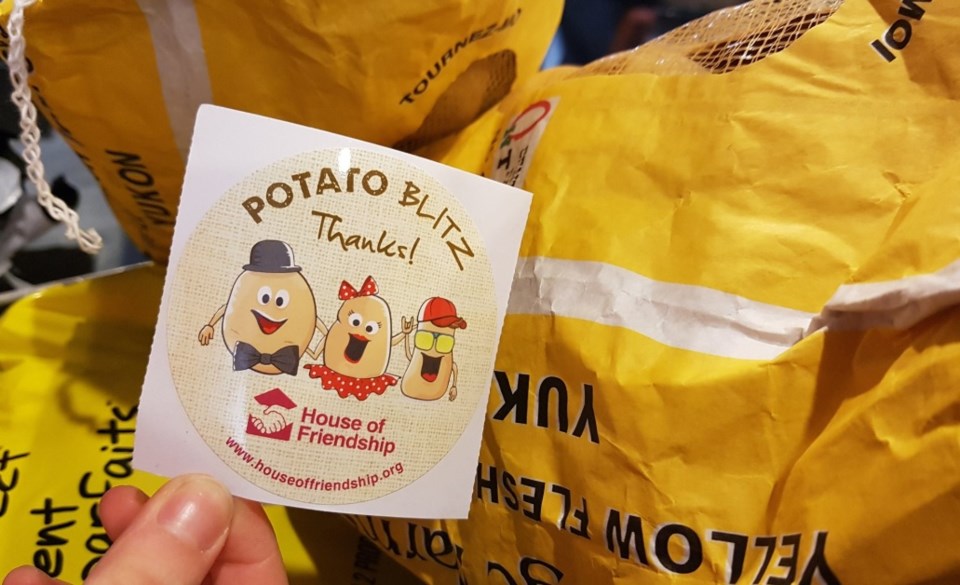 Friday night at the Kitchener Aud will be more than just hockey.

It will also mark year 24 of Don Cameron Potato Night - when the Rangers take on the Sarnia Sting.

The late Cameron, who described the potato as "hearty", spearheaded the initiative of fans bringing potatoes to the game - inspired by his native Prince Edward Island - to provide meals and support to families in our community.

Don Cameron Potato Night benefits the House of Friendship, which uses over 300,000 pounds of potatoes annually in its emergency food hampers and food assistance programs.

It also gives the House of Friendship a boost heading into their February Potato Blitz, "So it really, this starts the momentum and the conversation in the community that we have neighbours that don't have enough to eat over the course of the year," said Dawn Gill, development officer at the House of Friendship.

"We do ask fans if they're buying the potatoes tonight (Thursday), do not leave them in the car overnight, because frozen potatoes aren't the same (laughs), so just take care of how you treat that fresh produce," added Gill.

She says the potatoes collected on Friday, will be distributed over the next two weeks, but cash donations are welcome too, as they can be used throughout the year.

On average, the House of Friendship distributes over 100 food hampers a day.

Cameron, who passed away in 2018, was the play-by-play voice of the Rangers for over 50 years.

Rangers rally to shock Hamilton on Family Day
Feb 18, 2020 6:15 AM
Comments
We welcome your feedback and encourage you to share your thoughts on this story. We ask that you be respectful of others and their points of view, refrain from personal attacks and stay on topic. To learn about our commenting policies and how we moderate, please read our Community Guidelines.