Logan Brown, who plays on the Ottawa Senators, scored that goal against the New York Rangers
Nov 23, 2019 8:00 AM By: Blair Adams 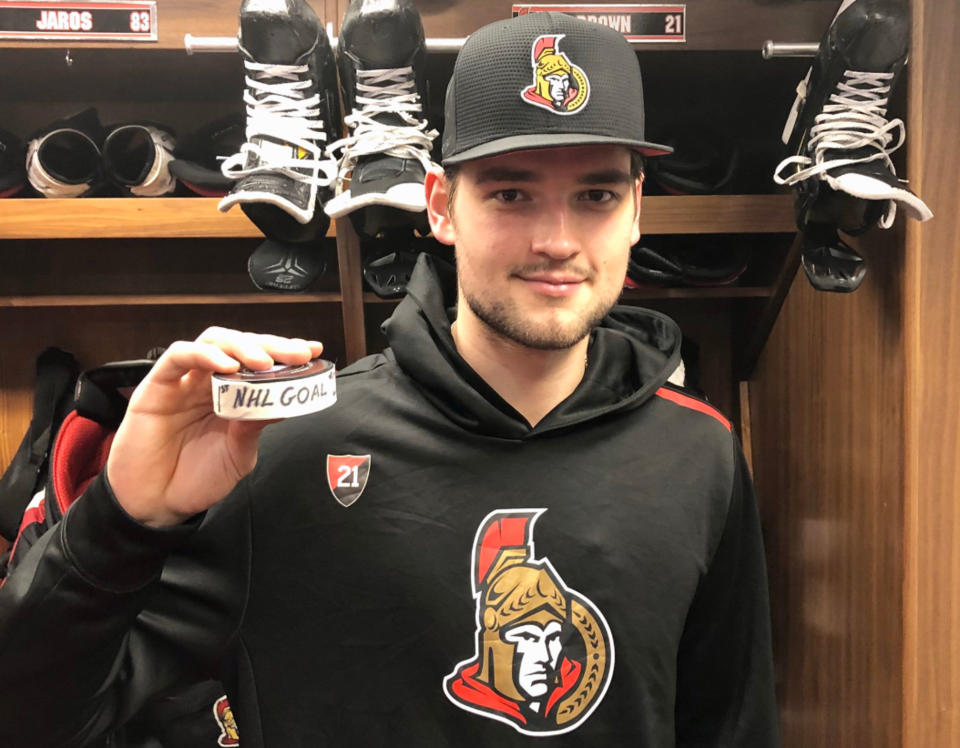 Ottawa went on to win the game 4-1, which stretches their winning streak to three.

Brown, who was a first round pick of the Sens in the 2016 draft, was playing in just his 15th NHL game.

"That's something I've dreamt about my whole life and then especially the past couple weeks ... with all the unlucky bounces I've had. Been thinking about getting that one. It's definitely a dream come true." Brown told the media after the game.

The 21-year-old North Carolina native played part of the 2017-18 season with the Kitchener Rangers after being acquired in a trade with Windsor.