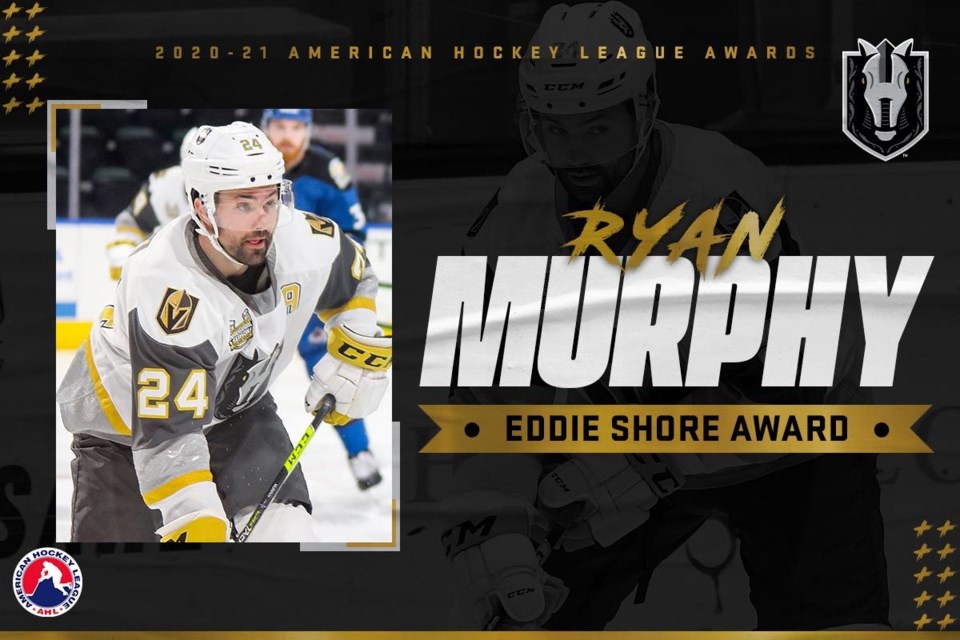 Former Kitchener Rangers' defenceman Ryan Murphy has been recognized as the American Hockey League's outstanding defenceman for the 2020-21 season.

He was presented with the Eddie Shore Award on Wednesday. It is voted on by, coaches, players, and members of the media.

The 28-year-old led all defenceman with five goals and 22 assists in 37 games, for the Henderson Silver Knights --- the farm team for the NHL's Vegas Golden Knights.

He was also named to the Pacific Division All-Star Team last week.

Murphy was a first round pick of Carolina in the 2011 NHL Draft. He has also played for Minnesota and New Jersey.