Another draft pick signed by the Rangers

Goalie Jackson Parsons was taken in the third round of April's draft
0
May 6, 2020 11:30 AM By: KitchenerToday Staff 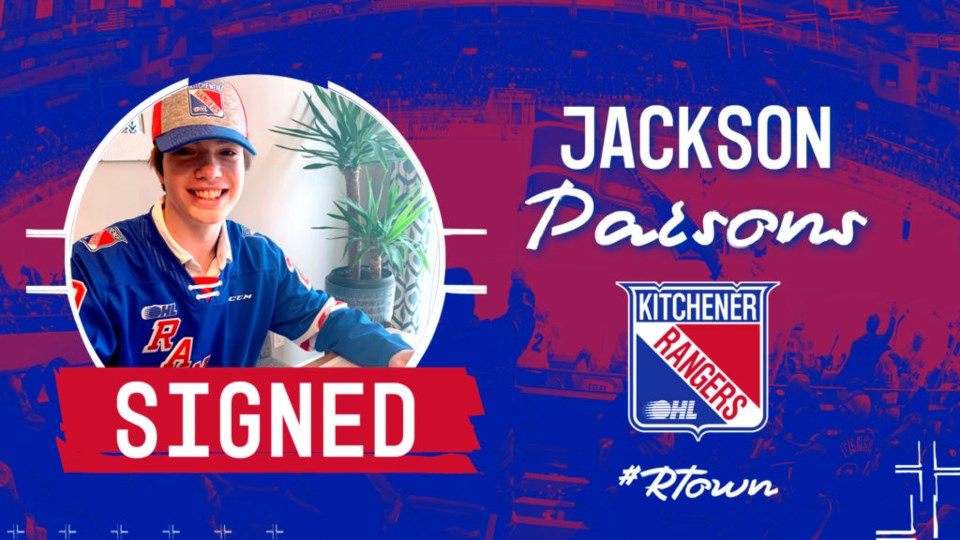 Image from the Kitchener Rangers

With no hockey on the go at the moment, the Kitchener Rangers have been busy with off-ice news this week.

On Wednesday, the team announced the signing of goaltender Jackson Parsons.

The native of Embrun, Ont., was selected in the third round (53rd overall) of the 2020 OHL Draft.

He finished his Hockey Eastern Ontario Minor AAA season with a 2.28 goals against average in 23 games with the Cornwall Colts.

“He was a guy that was on our radar as one of the top goalies in the draft and we were extremely excited to draft him and even more excited to see him sign with our team,” said Rangers General Manager Mike McKenzie.

“We would like to welcome Jackson and his family to the Rangers.”