A new survey suggests many office employees are still struggling to adapt to the work from home model
Mar 18, 2021 10:40 AM By: James Sebastian-Scott 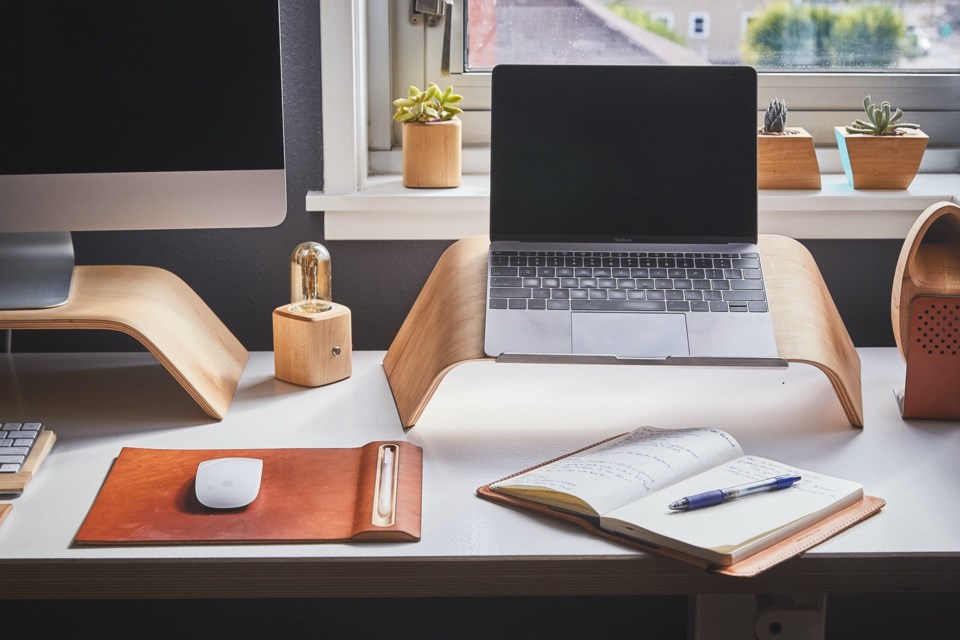 Photo by Ken Tomita from Pexels

It's been a full year since the work from home model has been adopted and implemented at many places of work.

There have been many lessons learned along the way as well as how companies and businesses have had to adapt to communicating with their people.

But, how is this all going to look once the pandemic has ended? Will companies continue the trend or will employees ask to come back to the office?

A new survey commissioned by Citrix and conducted by OnePoll has found that many Canadian office workers are still trying to adapt to remote work since it was implemented.

Ed Rodriguez is the Vice-President and General Manager of Citrix Canada and he said despite that number, 49 per cent of respondents said that working from home has taken a bit of a toll on them.

"The survey was intended to understand the well-being of employees and workers in Canada," he said, "the core findings that we had - which is not unsurprising that there have been some impacts both to mental and physical well-being during this pandemic and as a result of being in a remote work world."

Rodriguez said that about 57 per cent of people said their mental well-being is much worse since the start of the pandemic.

Rodriguez said that it's important that remote work as it stands today needs to be thought through ensuring that we are accounting for this kind of change.

"Policy changes from businesses or investments in technology are really in support of the well-being of the workforce."

"This has really settled in," said Rodriguez, "we've had the time to adjust, the time to reflect, and a year later, here's what the study is showing. While I believe there certainly have been some great advancements in everybody assimilating to this different type of work-life balance and working remotely, it's still certainly taking its toll on workers in Canada."

The results also showed that 75 per cent of people surveyed, would like to be given the option of working at home or at the office once the pandemic ends.

"There are certain roles and certain things that take place during the working world that being with your colleagues is an important and very productive way to work. I do believe that we are going to end up in some sort of hybrid working model with some regular days in the office and others working at home."

Despite the difficulty many office employees are experiencing right now, most employees still want to keep remote work. 58 per cent of respondents said they would like a hybrid model where they can choose whether to work remotely or from the office each day while 17 per cent have no interest in returning to an office and 16 per cent have said they would like to return to working in an office each day.

He adds that some companies may even give employees complete control over the formatting while others may choose the format and structure it around major events.

"It could be structured around collaborative meetings or other types of morale-boosting meetings within the organizations itself. When you go back to the original statistic, it's not just the fact that people are working remotely and from home which is driving up the mental and physical fatigue but it's also their kids are schooling from home and there are so many other restrictions at play here, so it's not just the work aspect itself which is driving some of the mental and physical health issues, it's really the overall pandemic."

Rodriguez said that the positive side of what this survey showed is with the proper tools and technology, there are some great advantages to working from home.

Rodriguez adds that one of the key measures for organizations as they move forward is less about the hours in the office and more about the outcomes that are achieved within a specific amount of time.

"Obviously, deadlines are deadlines but I believe we have really found some really great productivity gains that are now showing themselves as a result of giving employees that flexibility."

Remote work has now become more of a main factor for many employees when looking for new employment or deciding to stay in their current role. 63 per cent of people agreed they would only accept a new job if it offered flexible or remote work options, and 38 per cent would accept up to a 20 per cent pay reduction compared to what they are making now if the new role offered remote work models. 73 per cent of employees said that businesses will lose out on talent if they don't offer flexible or remote work.

"That's staggering, but if you think about it depending on your area, commutes are an hour easily and the gas and energy that it takes to get to work and all the preparation, dry cleaning, and all of the things we do has a significant cost. When people are removing that commute time and all the costs associated with it, some are doing the math and saying that maybe the 20 per cent in reduction really isn't that big of a deal."

Another measure that the survey asked about was how employees saw company culture. 97 per cent of employees surveyed said that a company that promotes wellbeing matters to them.

"Everybody felt that being supported by the organization, allowing them to prioritize their safety was critical during this pandemic," he said, "but, at the same time, we found that not every department was setup as well to support the employees."

"It really illustrates how much opportunity there is for us to continue to adopt and add new practices, new policies, and capabilities to our workforce to really allow this type of work model to be even more successful and have our employees feel a lot more comfortable and a lot more supported by the organization as a whole."

When workers were asked about what factors play into establishing and maintaining a good company culture, 71 per cent felt that leadership is the most important factor, followed by 43 per cent feel that flexible work environments and schedules can also contribute positively to the culture of a company.

Grocery stores seeing pivot in how they do business during pandemic
Feb 18, 2021 1:00 PM
Comments