Autonomous vehicles are still far from an everyday reality despite advances in technology
Apr 23, 2021 12:15 PM By: James Sebastian-Scott 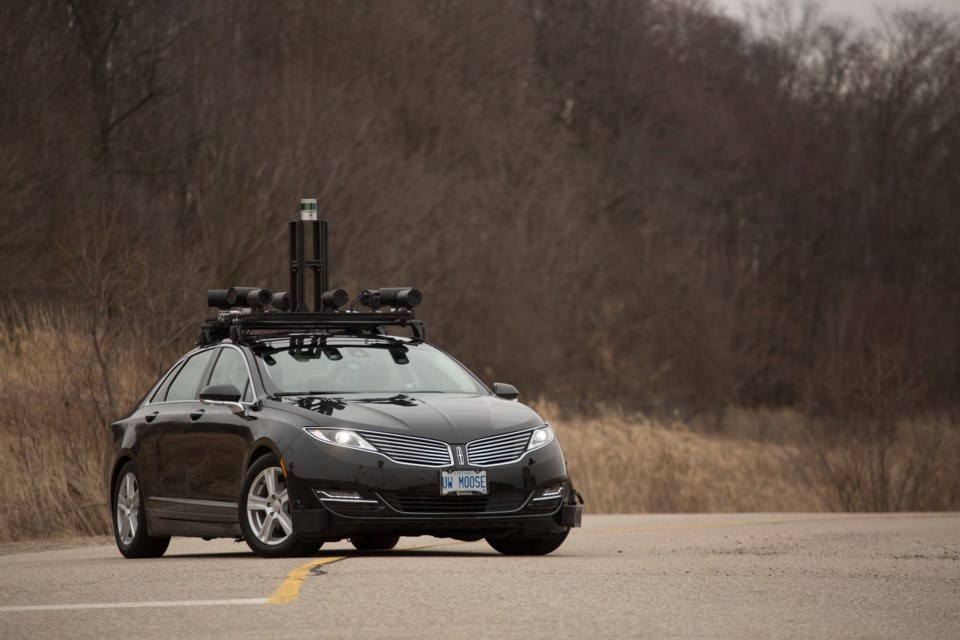 The recent crash of a 2019 Tesla Model S killing two people while on Autopilot in Spring, Texas has led to questions about whether or not autonomous vehicles are as close to reality as we expect.

The Associated Press reported Monday that authorities believe that there was no one behind the wheel at the time of the crash. They have now sent in a team of federal safety regulators to investigate.

Through the investigation, they are trying to determine whether the electric car was operating on Tesla’s Autopilot driver-assist system, or if the company’s “Full Self-Driving Capability” system was in use.

So, that bears the question about how safe autonomous vehicles are, and what improvements need to be made before fully equipping vehicles with this kind of technology.

Krzysztof Czarnecki is a Professor in the Electrical and Computer Engineering department at the University of Waterloo and he said the Tesla Autopilot system is a level 2 system of automation.

"That means the system is automating steering, braking, and acceleration," he said, "it doesn't automate fully the situational awareness, it only does a partial job of that. Essentially, the driver pays attention and completes the task of surveilling the environment around the vehicle to see if the car is responding properly. It's a very specific type of system, it is a form of driver assistance."

Czarnecki said there is a clear warning in these user manuals that owners of the vehicles need to pay attention to.

"Once the driver doesn't have their hands on the wheel for a certain period of time, it wants the driver to pay attention. It doesn't do enough to prevent this kind of behaviour where you start over trusting the system. These systems where there is explicit reliance of the human but they kind of give you the wrong impression that they are so good, I think is quite dangerous so it's not surprising to see a crash like the one that happened."

Czarnecki said the goal is to get to a level four type of system.

In Arizona, there is a robotic taxi service operated by Waymo. The company is owned by Google's parent company, Alphabet.

The service is operated where there is no safety driver. Czarnecki said that it's open to the public where there is a control centre that overlooks the fleet.

"It gets continuous updates about the health of the system," he said, "they can take over remotely but not suddenly. The system is built in a way where it can't avoid getting into a crash but if it gets into a situation where maybe the road is blocked and it's difficult for the system to make a decision then the remote driver can take over."

Czarnecki said that this service is offered very cautiously and that's what makes it viable to start offering this type of service.

"We really don't know how reliable the system is in terms of crash rate. So, if you introduce this very cautiously and use any type of incidents that you would see as a warning sign (...) companies like Waymo are extremely careful with how they introduce the systems because they understand if they started to have crashes like Tesla then it could shut down the industry."

Czarnecki adds there are two major drivers to introducing autonomous vehicles to the vehicle market.

"The opportunity to create services which is a purely economic driver in terms of providing robotic taxis and getting rid of the driver. They say it would be great for them to take the full share of the market. The driver is about 25 per cent of the cost to companies who offer these services."

A shortage of long-haul truck drivers is another driver to introduce autonomous vehicles, according to Czarnecki.

"These are really tough jobs and we could send these trucks at night ideally when the roads are less congested. If you could do that automatically, then you wouldn't have to worry about drivers getting sick or tired."

The convenience that customers would embrace with autonomous vehicles is also another driver to try and get these vehicles to the market.

"There's the other side of things, in terms of wanting to sell cars with cool technology in it. If you can do that at a reasonable price point, then that's great but I don't see that happening any time soon because having a reliable self-driving car is more like owning a complicated airplane. You probably want a robotic taxi fleet rather than owning one of these things yourself."

Czarnecki said in the long-term, there is a goal of reducing road fatalities by introducing self-driving cars.

"I don't see this impacting the statistics meaningfully for decades," he said, "eventually I do see that fatalities will go down because the systems won't make mistakes that humans do which very often have to do with being tired, and distracted."

He adds that he doesn't expect to see an autonomous vehicle being an everyday car for another 20-30 years.

- With files from The Associated Press