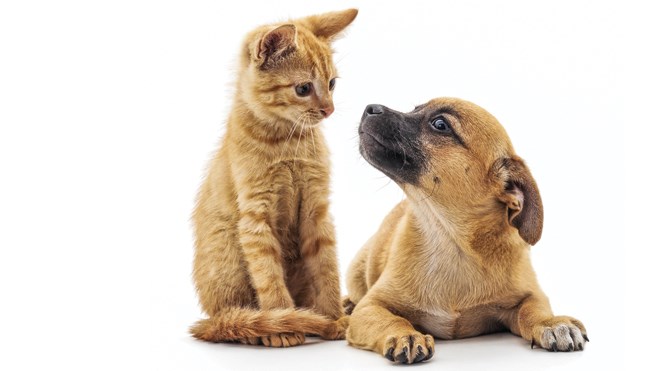 The pandemic has precipitated many unexpected industry “booms” in 2020: the real estate boom, the pool boom, the lumber boom, and even the crafting boom.

There’s also been a pandemic pet boom of sorts, with an increase in people looking to add a furry friend to their family circle.

Despite the surging interest, it’s business as usual for The Humane Society of Kitchener Waterloo and Stratford Perth. They’ve witnessed an increase in demand for animals, but adoptions and surrenders are about on par compared to last year.

Kathrin Delutis is the executive director at the Humane Society and said they braced for an increase in pet surrenders and stray animals during the early days of the pandemic.

Demand for animals has been high as of late, but Delutis noted they’re limiting the number of animals which enter the shelter as viable candidates for forever homes with new owners.

“We didn’t know what the influx of animals into the centre was going to look like,” Delutis said. “When we did our research and looked into what was happening in the US, shelters were overflowing with animals."

“People just left their animals on the streets; they were upended, as well as lots of surrenders. We also wanted to make sure we were prepared for that.

After the Ontario provincial government mandated the initial lockdown in mid-March, the Humane Society put out a call to find foster parents for all their animals. Within 48 hours, they placed all 70 of their animals into temporary homes with foster placements.

The shelter planned this as a temporary two-week measure, but as the days and weeks passed, those animals remained with their foster families for three months, and sometimes, even longer.

“When I walked through the shelter the day that the province had announced the closures, it was so bizarre,” Delutis said. “It was empty. I sent most of my staff home, and we had no animals here, and it’s never been like that.”

With more families and individuals stuck at home during those spring and summer months, some looked into adopting a cat or dog who had come into the Humane Society.

The adoption process changed in the face of COVID-19, with applications starting as an online intake, and successful candidates would come into the facility for a meet-and-greet with the animal.

As interest in adoptions ramped up, the staff wanted to ensure people were adopting pets for the right reasons. They iterated to potential pet parents that they were signing up for a lifetime commitment and not adopting on a whim to help fill a temporary void in their lives.

“During the pandemic, it really makes sense to have a pet. But a pet is a lifetime commitment,” Delutis said. “We always want to make sure that when somebody makes the decision to adopt, that A., they can afford it, and B., that they have the time and the lifestyle to take care of the animal for many years.”

For individuals or families who weren’t ready or able to make that full-time commitment, the Humane Society of Kitchener Waterloo uses their foster program to give pets a short-term home outside the shelter, but it also allows prospective pet owners to gauge whether they want to transition to full-time owners.

There’s a program with Wilfrid Laurier University to match students up with pets to give animals a temporary home, while also providing some companionship for students who may miss regular social interaction with peers.

During the pandemic, the Humane Society of Kitchener Waterloo and Stratford Perth relied on their foster pet program, and she expects to continue the program post-pandemic. Overall, it takes a little more time and work to place animals in foster homes, but it provides them a better quality of life.

“We weren’t sure whether it was going to work, and what we discovered is the benefits are so significant for the animals, as well as helping to reduce costs here,” Delutis said. “It’s definitely something that we will continue to do and build on here.”

Earlier this year, the facility saw an outpouring of generosity and support for now-famous canine named Mildred. She was found abandoned in a plastic bag on the side of the road, but after multiple surgeries and $15,000 raised by the community, she was adopted and is doing well at her new home in London.

Not only has Mildred become a Humane Society success story, she’s turned into a celebrity of sorts, as the subject of interviews and articles worldwide. The interest and support spurred by Mildred’s case helped other animals at the facility as well.

“When we go to the public with a story such as Mildred’s, the overwhelming support that we get is phenomenal,” Delutis said. “Those funds not only helped Mildred, but helped other animals that had similar stories to Mildred.

“We’re always surprised by the generosity of the community, but at the same time, we’re not surprised because we know that Waterloo Region is a very giving and supportive community to our animals.”