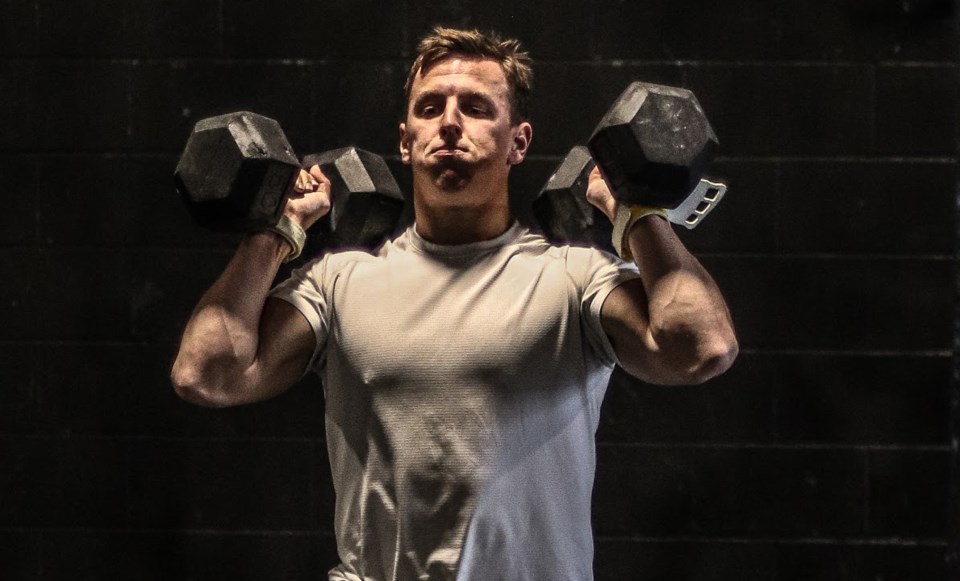 When the pandemic forced the first round of lockdowns last March, it underscored the importance of physical activity to people’s overall well-being.

With the second lockdown now in effect, fitness enthusiasts are physically prepared to re-start their fitness regimen at home again, but some might need a bit of a motivational boost this time around.

Adam de Jong is founder and owner of Limitless Performance, a Kitchener-based gym. His facility remains closed due to provincial restrictions, but he shares how people can stay motivated through the second wave of isolation.

“Number one is the support and accountability. Number two is making a space at home where you feel like you can work hard. And number three is following a structured plan that’s going to keep you motivated and focused,” de Jong said.

He suggests building a small team of friends or peers to help keep each other accountable. Also, creating a plan and sticking to it is a recipe for success to stay active and healthy through this lull in the calendar.

This is typically the time of year when members set lofty New Year’s resolutions. For anyone focused on a fitness goal in 2021, the process is a little different this time with virtual training sessions and classes, but the spirit remains the same.

Whether they’re working towards the goal individually or as a group, de Jong doesn’t deter anyone from setting a long-term goal, but to reach that ultimate milestone by attacking weekly, monthly and quarterly milestones.

He views the process in 25-day blocks, which makes a weight loss, endurance or muscle-building goal much more manageable.

“We can make the most of those 25 days and come out a little bit stronger, a little bit fitter, and feeling good about ourselves. Then we can make a plan for the next 25 days.”

While some might shy away from setting big goals for 2021, Limitless Performances’ owner suggests starting with a big picture fitness goal, and breaking it down from there. Without an endgame in mind, he said it's easy for people to veer away from their ultimate vision.

“The plan that we use for our members at the gym starts with that big goal,” de Jong said. “Have that big goal or vision of the person or the competition or the goal that you want to achieve. That is super important. I think without that, you can go off track if you don’t have that big lofty goal.”

Not only is de Jong the owner of the gym with his wife Michelle, he’s also an accomplished CrossFit athlete and former collegiate level hockey player. He laced up for the Kitchener Dutchmen Junior B team before earning an NCAA scholarship in the United States.

After de Jong’s finished his hockey career, he found his next passion away from the rink; fitness and CrossFit. Coaching and training became part of his new regimen. On a typical day, he wakes up at 3:45 in the morning and arrives to the gym around 4:30 am.

Pre-pandemic, they’d prepare for the first round of classes at 5:00 am, and after teaching several sessions and taking part in a few classes himself, de Jong winds down his day around 7:00 or 8:00 pm.

In 2020, de Jong elevated himself into the top 30 ranked CrossFit males in Canada. Last year, he also finished in third place in his category at the Wodapalooza CrossFit competition in Miami, Florida, and fifth place the year prior.

Limitless’ owner spends the winter months training for CrossFit competitions and spends the summer gearing up for triathlon competitions. Last year, de Jong registered for the Ironman competition in Mont-Tremblant, Quebec, but participated virtually in the bike and running stages, and helped raise over $6,000 for Nutrition for Learning in the process.

The Ironman is a gruelling 222-kilometre triathlon which requires months of training, but de Jong hopes this year’s Ironman slated for later this August goes off without a hitch.

In a year when there was every reason to take a break from fitness, it amazes de Jong how his Limitless Performance members not only stuck with their goals in 2020, but surpassed them. Members didn’t just take their foot off the gas, they pushed even harder.

de Jong hopes to get back into the gym again soon to experience that team-like comradery with his cohorts, but in the meantime, they’ll continue to push themselves virtually to stick to those New Year’s resolutions.

"Over the past six months, our members have seen results and hit personal bests in their strength and conditioning like never before.”