From spirits to sanitizer: Willibald Farm Distillery expands its lineup

In this edition of 'Following Up', we check in with Willibald Farm Distillery in Ayr and how they're distributing hand sanitizer
Apr 29, 2020 1:45 PM By: Ian Hunter 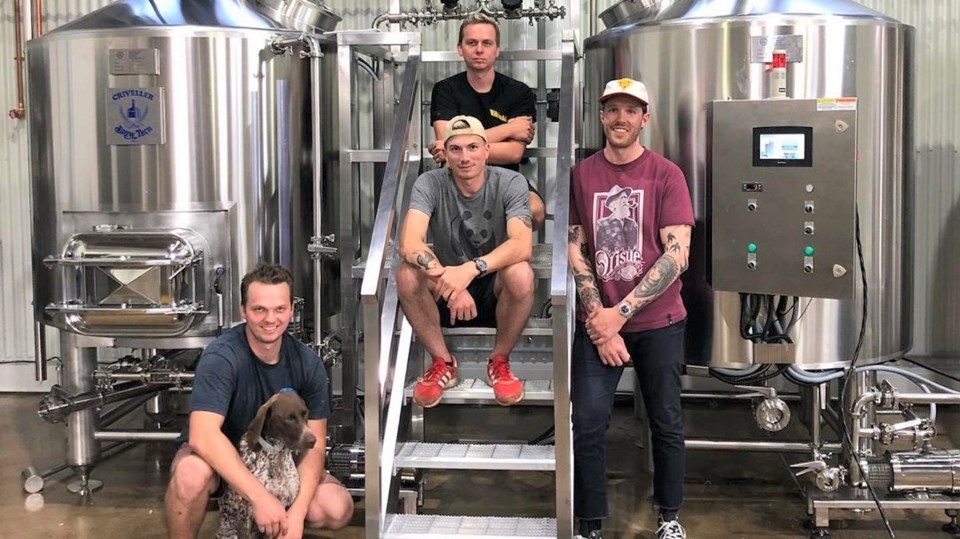 Along with fellow Ayr natives brothers Jordan and Nolan van der Heyden, they comprise the minds behind Willibald Farm Distillery in Ayr. They just celebrated their third anniversary in business and have seen big changes at the farm as of late.

“This whole sanitizer thing kind of fell into our laps,” Formica said. “We just so happen to be in the one industry where hand sanitizer — the one main ingredient — we make already. The main ingredient in alcohol-based sanitizer is ethanol. There isn’t any cooking, aging, nothing like that, it’s literally blending in a tank and bottling.”

They’re putting in long hours at Willibald, blending and bottling hand sanitizer as quickly as they can. Recently, the crew shipped out 6,000 bottles of hand sanitizer to Indigenous communities in northern Canada. Willibald's hand sanitizer often sells out within hours, but Formica said people are extremely appreciative when they manage to get their hands on this rare commodity.

“When you’re in this position — which you never planned on being — where you’re making something like this that people genuinely need, it’s a really gratifying feeling to see people be so grateful for what you’re doing.”

Besides selling hand sanitizer through their retail store, Willibald is selling sanitizer in bulk to essential services. They’ve also teamed up with an initiative at COVIDHealth.ca, a charity which helps provide crucial items like sanitizer and personal protective equipment to frontline workers.

“There’s a difference between making something people can enjoy when things are great, and something that people need, period,” Formica said. “It’s been a really eye-opening experience for all of us.”

Aside from sanitizer, one of the other new things brewing at Willibald Farm Distillery is their foray into the world of beer. Last October, they launched their brewery at the farm, spearheaded by Willibald’s brewmaster, Joe Freund.

Like most businesses, Willibald had to pivot their entire business model once their doors were closed to the public, but that’s opened their online store to a fresh audience throughout Ontario. Through their online store, people can order beer, spirits, and even food offerings for delivery in Waterloo Region.

Formica and company are thrilled with the response from the craft beer community. Locals are really loving Willibald’s beer, evidenced by the rabid demand for their new brews. A typical brew might last four weeks at Willibald, but they recently sold out of canned beer within only three days.

It’s been a dramatic shift in the way they do business. Just a few short months ago, Willibald Farm Distillery was a destination for people to visit, taste the food, sample the spirits, and spend a few hours taking in the charm and character of the farm.

“We’re used to having people come to us, and with the COVID pandemic, I’d argue it’s completely flipped over,” Formica said. “The vast majority of orders we’re sending or delivering to people.”

Despite the pandemic, Formica and company are still forging ahead with new releases planned later this season, including a new gin product, a new vodka product, and a holiday feature which should hit the LCBO shelves in time for the holidays.

On the beer side, they recently released two new beers: “Limbo”, a Russian imperial stout, and “See Thru”, a 5.2% lager.

While they’ve released a few double IPA beers so far, Formica reiterates they don’t want to be pigeonholed as an “IPA brewery” per se, but their offerings of the hoppy variety have been well received by the Ontario craft beer community.

“One thing with the beer that we’re trying to stay away from is: ‘This is what we brew, and this is only what we brew,’” Formica said. “This is what we are and who we are, but we’re not necessarily going to let that direct us into creating only very specific styles as a flagship.”