In this 'Following Up' feature, we speak to Chef D, who is offering 'pay what you can' meals with his food-to-go delivery service
Apr 1, 2020 5:39 PM By: Ian Hunter 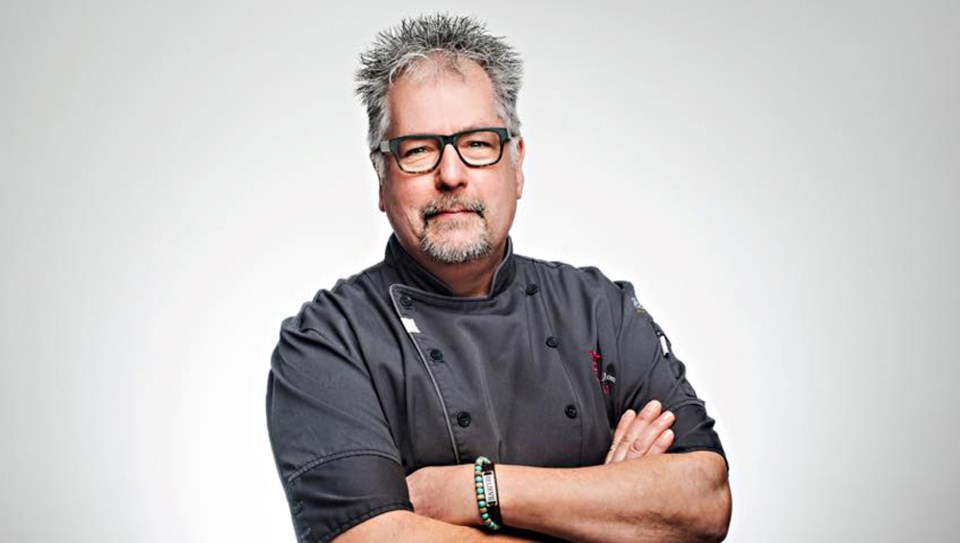 The list is lengthy of restaurants that have closed or reduced operations in recent weeks. But the kitchen at Chef D’s place is still going strong. In fact, his kitchen kicked into overdrive to help feed the community.

In response to the COVID-19 pandemic, Darryl Fletcher (also known as “Chef D”) is offering “pay what you can” meals to anyone in Waterloo Region. His team is working around the clock, preparing and cooking meals to deliver three times a week.

“I was just trying to think of a way how we could continue in business,” Fletcher said. “We do a lot of catering for events, and that dried up, so I was thinking of how we could do something.”

Fletcher turned his catering business into a form of “Meals on Wheels”. Every week, there’s a menu on his website where people can order meals to be delivered to their door. There’s a guideline for pricing, but Fletcher stressed that it’s a sliding scale for whatever people can afford.

“There’s an outline for pricing, but if you can’t afford it, don’t worry about it,” Fletcher said. “We’ll get it to you. We’ve always been blessed, so it always comes back.”

Last week, Chef D’s team of three (himself included) were busy making meals to feed the frontline workers at Cambridge Memorial Hospital, delivering 500 sandwiches in one day to hospital staff.

Chef D’s team also put meals together for the police headquarters in Kitchener and Waterloo. Another day, they assembled 70 lasagnas for delivery to hungry citizens.

Typically, Fletcher would be focused on catering for local companies and supplying food for artists who pass through concert venues like Centre in the Square and Sanderson Centre. But once those events were cancelled, business all but dried up. So, Fletcher turned his sights to delivering home-cooked meals.

For anyone looking to order meals for themselves or someone they know, orders can be texted to Chef D at 519-954-8854. The team is delivering meals every Tuesday, Wednesday and Friday. So long as orders are placed the day-of before 12 noon, Chef D’s team will deliver later that day between 3 pm and 7 pm.

Fletcher urges that they’re taking all the proper precautions when preparing meals, and there’s limited interaction during the drop-off process to help maintain physical distancing.

Providing food is an essential service, and Chef D has felt overwhelming response from his meal delivery program. For whatever reason, some people can’t leave their homes or don’t feel safe being in public. To have a cooked meal dropped off at their doorstep not only provides nourishment, but it provides comfort.

With businesses closing down and employees being laid off, times are tough for everyone right now. Simply putting the next meal on the table can be a struggle. Fletcher felt it was important to offer these meals to anyone and implemented the “pay what you can” scale as a gesture of good will.

“Some people have cried when we heard we weren’t going to charge them," Fletcher said. “So, it’s been amazing.”

Fletcher said he’s been fortunate to have the support of the community throughout his career, and he’s thankful to give back by doing the thing he does best; cook.

“The community supports us on a regular basis, whether it be through our catering, watching our TV show, listening on the radio, whatever," Fletcher said. “This is really important because they’ve given a lot to us and given me the ability to do a lot more, so this was an easy way to give back.”

David Chilton balancing a new business with writing a new book
Nov 4, 2020 1:58 PM
Comments
We welcome your feedback and encourage you to share your thoughts. We ask that you be respectful of others and their points of view, refrain from personal attacks and stay on topic. To learn about our commenting policies and how we moderate, please read our Community Guidelines.