In this edition of 'Following Up', we check in with Ben Fanelli, the former Kitchener Ranger behind the Heroic Minds endeavour
0
May 6, 2020 1:00 PM By: Ian Hunter 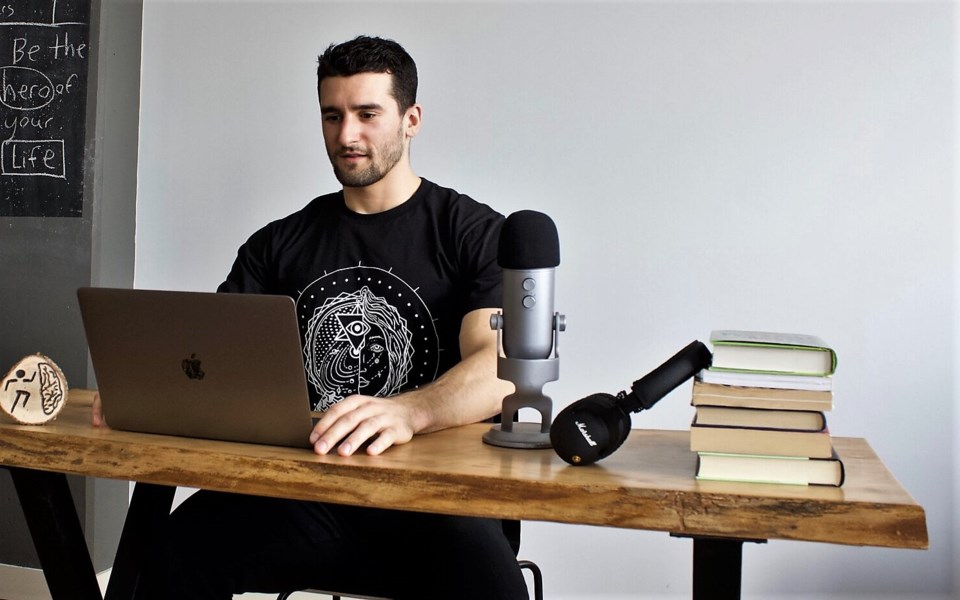 As a defenceman with the Kitchener Rangers, Ben Fanelli was a gatekeeper on the ice. Now, his role in life has shifted to a guide, helping others become the hero of their own story.

The former Rangers captain embarked on his latest chapter as the organizer of Heroic Minds. Besides hosting his own podcast and specializing as a keynote speaker, Fanelli launched a clothing line, Heroic Apparel.

All these endeavours are emblematic of the same principle; being your best by helping others become their best.

In 2011, he founded the Head Strong organization to benefit brain injury awareness, but Heroic Minds is Fanelli’s latest social mission. He took the leap into podcasting at the suggestion of a friend, and Fanelli is on track to hit the podcast century mark this year, having released his 87th episode.

Once he stepped off the ice as a player, he branched out into public speaking. He not only shares his tale of adversity with others, but helps harness the best qualities inside everyone with introspective and inspiring speeches.

While the pandemic has confined most people to their homes, Fanelli said there’s a silver lining; it allows extra time for reflection. And if there’s one key message he wants to share, it’s that we ourselves can sometimes be the biggest roadblock to achieving our end goal.

“The one main message is we do so many extra things in life that we just get in our own way,” Fanelli said. “That’s the message; get out of your way. Simplify what you’re doing. Take a second to look inside and figure out the real reason why you want to do something, not the fabricated reason.”

He keeps busy these days by hosting his podcast and public speaking, but he’s still involved in hockey as an assistant coach for the Waterloo Warriors. While it was an adjustment at first transitioning over to coaching, Fanelli realized he could influence the game differently from behind the bench.

“Maybe I can’t systematically and physically always influence the game, but from a social side, what I’m saying on the bench, how I’m standing, who needs a pat on the back, who needs to be challenged, being aware of that gives you ability to have an effect all the time.”

As hockey transitions into a much faster and less physical product, the former Ranger is excited to see how the game evolves At the NHL level, Fanelli mentioned players like Nathan MacKinnon, Connor McDavid, Nikita Kucherov and Johnny Gaudreau as prime examples of the young stars who are driving the league forward.

Fanelli cites his former Rangers teammate Gabriel Landeskog of the Colorado Avalanche and Kitchener native Mark Scheifele of the Winnipeg Jets as players who have adapted their on-ice product not only to benefit themselves, but the players around them.

“I just think the game has changed itself. I’ve had conversations with Mark Scheifele in the past, and he’s said: ‘I don’t want to go out and hurt someone, because one, I don’t want to get hurt in return, and I want to play this game as long as I can.’”

The newest venture under the Heroic Minds umbrella is Fanelli’s new clothing label, Heroic Apparel. He’s selling retail clothing through the website, but he’s also speaking with local teams to outfit them with the Heroic emblem.

The sports apparel business is a crowded market, but Fanelli approaches the challenge with a different strategy than the “big guys”. Heroic Apparel pedals an altruistic message rather than a self-serving one. He’s hoping that message resonates with the athletes who don Heroic Apparel.

“Where I’m trying to get into the market is what about a company in the sporting world that totally revolved around: your success is other people’s success,” Fanelli said. “You’re always acting in a way that’s going to benefit the people around you: your teammates, your coaches.”

It’s been six years since his last game in the OHL, but Fanelli used his playing career as a springboard into the next chapter of his life. He admits it’s not money or adoration that motivates him, it’s the potential to help someone else become their best self.

“I don’t want to be in this to drive a Tesla and have a 3,000 square foot home. I know my goal is to make a positive impact and help people become the hero of their own story.”

The Raw Carrot providing purpose to people with disabilities and mental illness
May 27, 2020 12:45 PM

Former NHL player Steve Seftel reconnects with hockey after release of ‘Shattered Ice’
May 13, 2020 11:45 AM
Comments
We welcome your feedback and encourage you to share your thoughts. We ask that you be respectful of others and their points of view, refrain from personal attacks and stay on topic. To learn about our commenting policies and how we moderate, please read our Community Guidelines.