CANADA: Armed Forces to leave for Ukraine as military looks to resume mission

Canada first deployed around 200 troops to Ukraine to train local forces in the basics of soldiering in 2015, but that mission and several others were suspended in early April as COVID-19 forced countries around the world into lockdown
Jun 15, 2020 9:40 AM By: Canadian Press 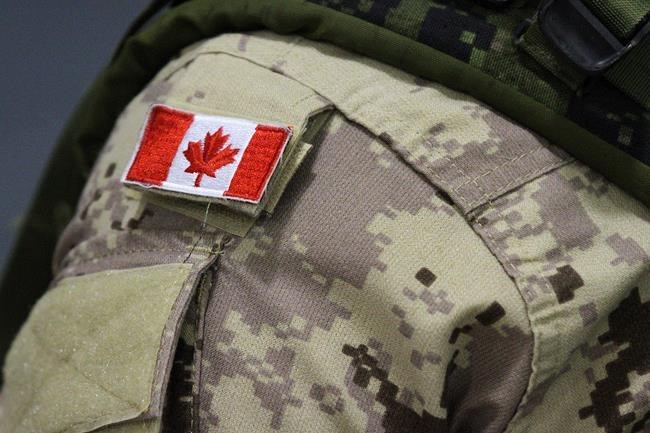 OTTAWA — The Canadian Armed Forces is deploying military trainers back to Ukraine as it looks to restart some of the many missions and exercises temporarily suspended or scaled back because of COVID-19.

Canada first deployed around 200 troops to Ukraine to train local forces in the basics of soldiering in 2015, but that mission and several others were suspended in early April as COVID-19 forced countries around the world into lockdown.

While a skeleton force of about 60 service members has been holding the fort for the past two months, Forces spokeswoman Capt. Leah Campbell said another 90 soldiers will soon join them with an eye to resuming the mission.

"Following a reassessment of the situation, including an analysis of force health protection measures and the risk posed by COVID-19, the decision was made to deploy another 90 of these members," Campbell said in an email on Sunday.

"These personnel will deploy in June 2020, and observe a 14-day isolation period on arrival in Ukraine. On completion of this isolation period, they will be prepared to resume their mission of supporting the Security Forces of Ukraine."

Another 50 troops will remain in Canada for now, she added, "and will deploy to engage in training as soon as conditions permit."

The decision to restart the Ukraine mission represents the latest move by the Armed Forces to resume some of the many activities that were suspended because of the pandemic.

Chief of defence staff Gen. Jonathan Vance has previously suggested that some training will recommence while promotions and summer postings are moving ahead in a limited fashion after months of the military being in lockdown.

There was no immediate word, however, on some of the other missions affected by COVID-19.

Those include the planned deployment of a warship and aircraft to help enforce sanctions against North Korea, the provision of a transport plane to United Nations' peacekeeping operations in Africa and the Canadian military mission in Iraq.

The military previously had several hundreds soldiers in Iraq, with half assigned to a NATO training mission in the south and the rest comprised of special forces helping Iraqi counterparts hunt down Islamic State militants in the north of the country.

Yet following a missile attack by Iran in January and then COVID-19, nearly all operations have been suspended and the number of troops in Iraq has been dramatically reduced. Canada currently has fewer than 100 soldiers in the country.

Discussions over the future of the international community's presence in Iraq are underway between Baghdad and Washington while there are reports of an uptick in the number of attacks perpetrated by the Islamic State of Iraq and the Levant.

This report by The Canadian Press was first published June 14, 2020.