Erick Traplin performed an outdoor concert and residents got to enjoy it from their balconies
Mar 30, 2020 9:30 AM By: Erin Anderson 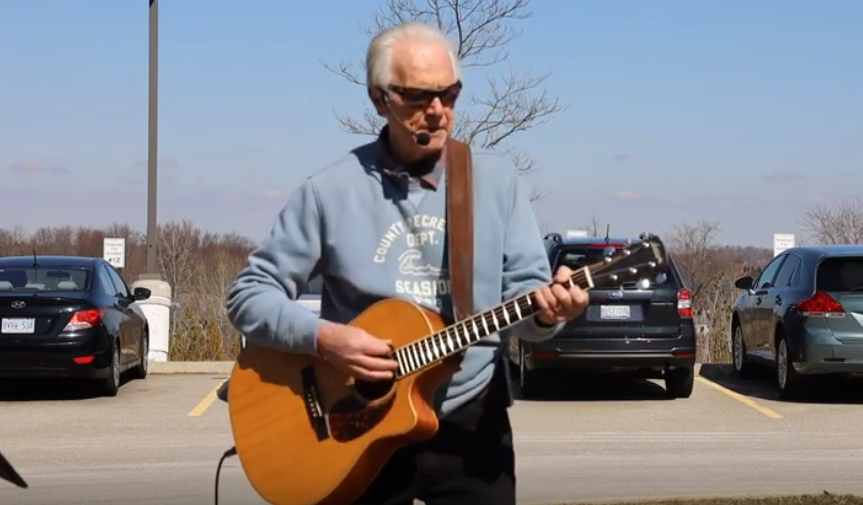 Seniors living at a retirement residence in Waterloo got a special treat on Friday afternoon.

Richard Glass is General Manager of the Court At Laurelwood Retirement Residence.

"We have about 110 residents here, and we want to try and liven things up. We've been putting more and more restrictions on them, they can't go out or have any visitors in. So we're trying to think of ideas that would be fun for them."

"We're going to keep social distancing a number one priority. Erick will be outside, and residents will be able to listen to him from their balconies - so one person per balcony, unless they're a couple that live together. It will give them a chance to see somebody they really like and have some fun. They'll be waving flags and cards and having a good old time."

Glass said Court at Laurelwood is doing other things to keep residents entertained, and safe.

"We have Scrabble games, scavenger hunts during the day, and activity booklets. We're really just taking this one day at a time, trying to be as active as we can. It's been an ever-changing scenario, so we've had to be ever-changing too."

You can see video of Traplin's performance below.