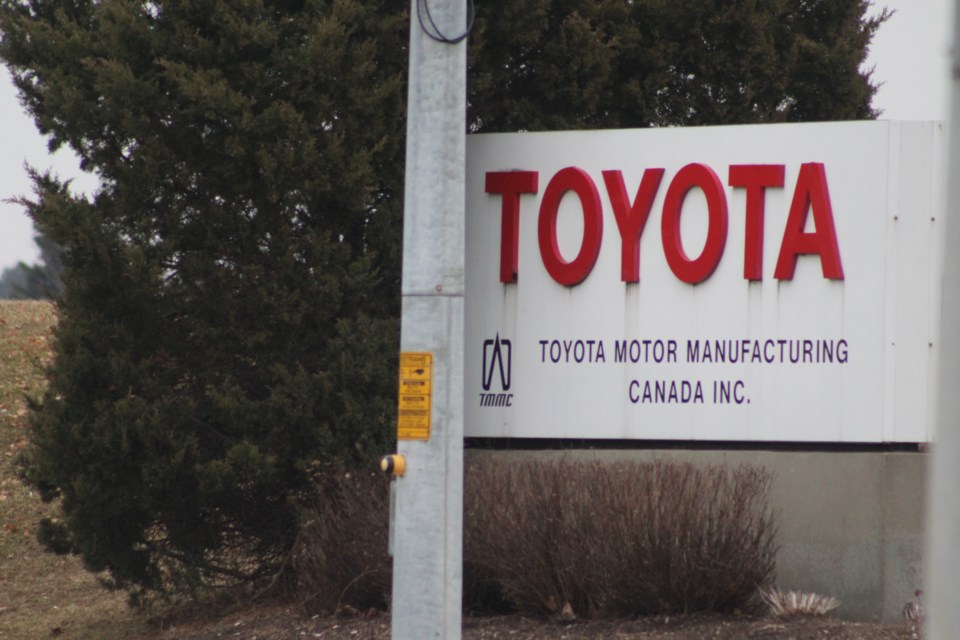 A second case of the novel coronavirus has been confirmed in a worker at the Toyota Manufacturing Plant in Cambridge.

In an emailed statement to 570 NEWS, Toyota says they were notified of this latest case Wednesday morning at 11:28 a.m.

"This employee was one of those identified as having had close contact with the employee who tested positive on March 18," a spokesperson says, "This employee last worked during the day on March 18, and has been at home self-isolating since that time."

Toyota says workers who had close contact with the latest case are being contacted directly by public health.

"The health and safety of our team members and communities is our top priority," the statement continues, "And our thoughts are with our affected employees and their well-being."

Toyota announced they would be shut down for Monday and Tuesday this week for cleaning.

Cambridge's Toyota plant confirms one case of COVID-19 (update)
Mar 19, 2020 7:59 AM
Comments
We welcome your feedback and encourage you to share your thoughts. We ask that you be respectful of others and their points of view, refrain from personal attacks and stay on topic. To learn about our commenting policies and how we moderate, please read our Community Guidelines.