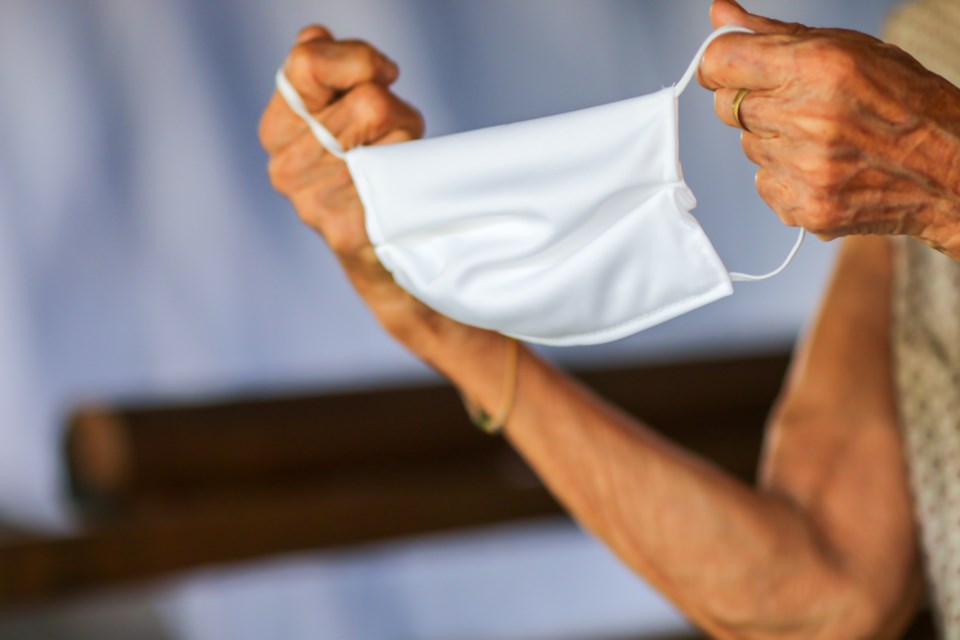 Waterloo Region's mandatory face covering bylaw has been extended to May 31, 2021.

There's also an amendment that would allow council to revisit and revoke the bylaw earlier should the need arise.

It requires face coverings or masks to be worn in enclosed public places, as well as on public transit, and will now include taxi cabs, ride-sharing, and common areas of multi-residential buildings.

The vote was unanimous at a committee of the whole meeting on Tuesday after hours of delegations and some debate.

Many of the delegations were against the bylaw, with some giving reasons such as infringement on freedoms, mask ineffectiveness, and refuting mortality rates reported by the World Health Organization and Public Health.

"I fully believe in my freedom as a Canadian," said Sheryl Gatzke of Kitchener. "My freedom of choice, my freedom of speech, and this epidemic is no exception, so I cannot stay quiet through this event as well."

"We cannot imagine the faces of our children covered in those useless, harmful masks going to school," said Luba Alviano of Kitchener.

Others against the bylaw called for it to be removed because of the harm it could do to those with respiratory problems, though one delegate in favour of the bylaw had experience in that area.

"I am a person with a disability, I have about 40 per cent lung function, and I am on oxygen, and I am here to support the mandate for mandatory masks," said Spencer Edgar. "My doctor has told me she wants me to wear a mask, and I have no issue. I also have no issues with other people with disabilities who cannot wear masks."

Whether against or for the bylaw, delegates seemed to want council to look at science and listen to the doctors.

"We don't know at this time what a second wave would look like, or if it would be just a wave," said Dr. Wang. "It could be peaks and valleys in terms of our number of cases and the community spread. It's not really possible to predict. What we do know, however, is that influenza circulates most frequently in the Fall, Winter and Spring, as do other respiratory viruses. It is even more important to keep COVID-19 numbers low during a flu season, as cases of influenza and other respiratory viruses can put additional strain on the healthcare system."

Dr. Wang explained that the use of masks and public health measures has also given those in the Southern Hemisphere a better flu season than usual, as public health officials often look to those countries to predict our own flu season.

While the bylaw's eight-month extension is meant to give some consistency (rather than rehashing the debate every couple of months), councillors raised concerns of those with exemptions being treated poorly by others in the public.

"I'd like to raise a concern, and that is the difficulty that people with exemptions have," said Tom Galloway. "Both in terms of their sometimes unwillingness to leave their home and engage in normal activities, because they know they can't wear a mask, and then other times where people who may have exemptions have been confronted or challenged to some extent."

Council as a result signalled their intent to "triple-down" on messaging to the public around kindness and understanding, and put their communications team to the task.

"I also support the notion that this is for economic recovery," said Kathryn McGarry, supporting an earlier point made by Karen Redman. "There's a downtown Galt business owner that has posted 'No mask, no service, no exceptions' because she's worried about her own clientele. But, for myself, personally, and listening to our constituents today, I think that we would be reopening this debate again and making it more of a political decision rather than a public health decision. I've heard very clearly from our public health officials today that they are recommending that we keep the mandatory mask bylaw open until May. To me, that makes it a public health measure rather than a political decision."