A Kitchener company have created a protective booth for students, so no mask is required
Jul 31, 2020 5:00 PM By: Phi Doan 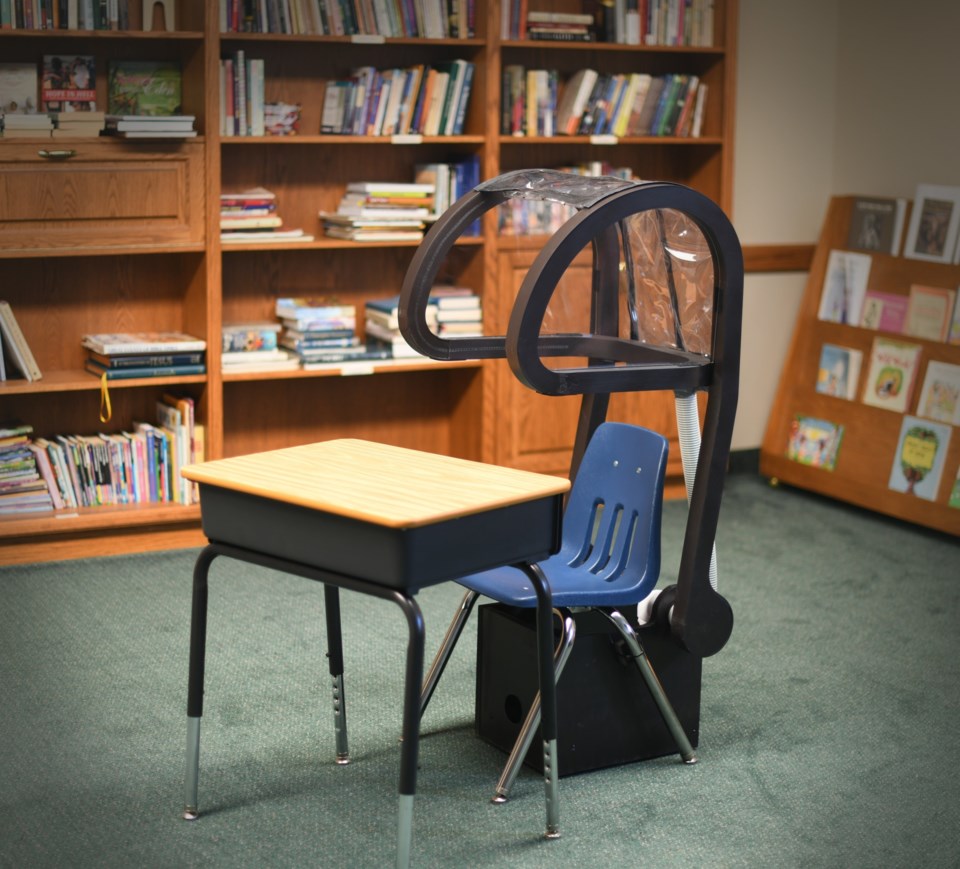 The IsoBooth for students. Photo from Imagine Fiberglass Products Inc.

A Kitchener company has come up with a possible solution for safely getting kids back to school during the COVID-19 pandemic.

Imagine Fibreglass Products Inc. have created a small protective booth that attaches to a students chair and provides a booth over top their heads and desk, and can be adjusted as the student leans forward on the desk for writing.

Company President, Jim Ashton appeared on Kitchener Today with Brian Bourke on 570 NEWS to talk about their solution.

He says it started out as project called a "clinical testing station," which somehow led a C-level executive with a pro-sports team to contacting them. They were looking for a stadium seating solution during the pandemic, which Imagine Fibreglass are still working on possible prototypes for. A huge issue they had to contend with is keeping a wide field of view for watching the sports game.

Ashton says the research they had conducted during that, spun out into the "IsoBooth" for students.

"They know that's going to be a real challenge to get them to do it, and to do it properly, and for them to be comfortable for the day," Ashton said about the Ontario Government's decision not to require kids grade 3 and under to wear masks.

The opening in front of the IsoBooth is protected by a powered air shield that can capture and reject airborne droplets and aerosols. Meanwhile, the student inside can breathe easy and not have their view obstructed.

"We expect it to be reasonably priced, and it's a system that doesn't require the discomfort of a mask."

He says there is commercial interest, and that they are working on a larger office version that would also include micro climate control.

"For the student version, it's hard to say. The difficulty, of course, is that it really needs to be a central buyer. You're not going to see school boards with the budget or capacity to see this through, I don't think, on their own," he said.

"Lots of people, as I've said, that we've talked to, think it's a great idea. Whether we can convince the politicians of that is a different question."

UW student creates web-based trivia game to fight COVID-19 misinformation
Aug 12, 2020 1:58 PM
Comments
We welcome your feedback and encourage you to share your thoughts. We ask that you be respectful of others and their points of view, refrain from personal attacks and stay on topic. To learn about our commenting policies and how we moderate, please read our Community Guidelines.