People living around the Kitchener Radisson complaining of discarded pipes and needles, more vandalism, and a rise in break-ins
Sep 15, 2020 6:30 AM By: Casey Taylor 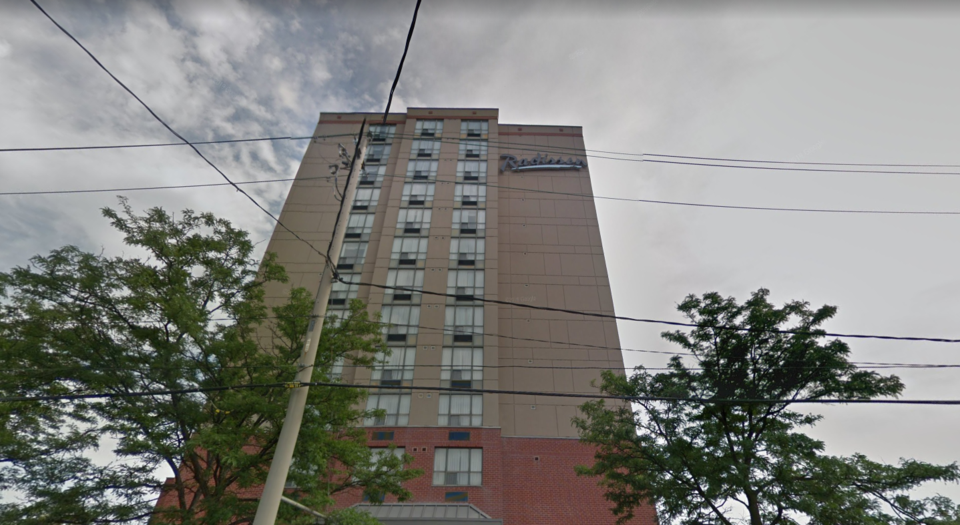 Image of the Radisson Hotel in Kitchener courtesy of Google Maps.

The Radisson Hotel near King St. East and Fairway Rd. has been home to nearly 100 homeless men since the first wave of the Covid-19 pandemic started to roll through Waterloo Region.

Kitchener Ward 2 Councillor David Schnider said while it is a respectable measure to help keep the homeless safe, it's not all roses and sunshine.

"Everyone who's called has made sure that they knew that they support what's going on at the Radisson, they support the shelter system, they know there's a need, so there's no complaints about fulfilling that need," he said.

"What their concern is, is that while we're looking after the needs of those inside the shelter, those in the surrounding neighbourhood need to be looked after too."

Schnider said the region should be helping to clean that up, not leaving it to residents.

"There have been some great success stories inside the shelter, and along with that there were just some unfortunate incidents in the neighbourhood," the councillor noted.

"It's nothing that is insurmountable, it's certainly doable and I think there's a spirit of everybody who's involved in this to cooperate."

Schnider said this was a shelter that was set up as a rapid response to the COVID-19 pandemic and, given more time, the needs of the neighbourhood could have been better looked after.

The region said the Radisson homeless are due to be moved to student dorms later this month, and it will be looking to take steps to address these concerns moving forward.

"While we all support the shelter system and what's going on there," said Schnider.

"We also just want to make sure that anything that would affect the neighbourhood are looked after, and the region would have to do that."

Health experts call on province to tighten pandemic restrictions in big cities and hot spots
Sep 24, 2020 3:00 PM
Comments
We welcome your feedback and encourage you to share your thoughts. We ask that you be respectful of others and their points of view, refrain from personal attacks and stay on topic. To learn about our commenting policies and how we moderate, please read our Community Guidelines.