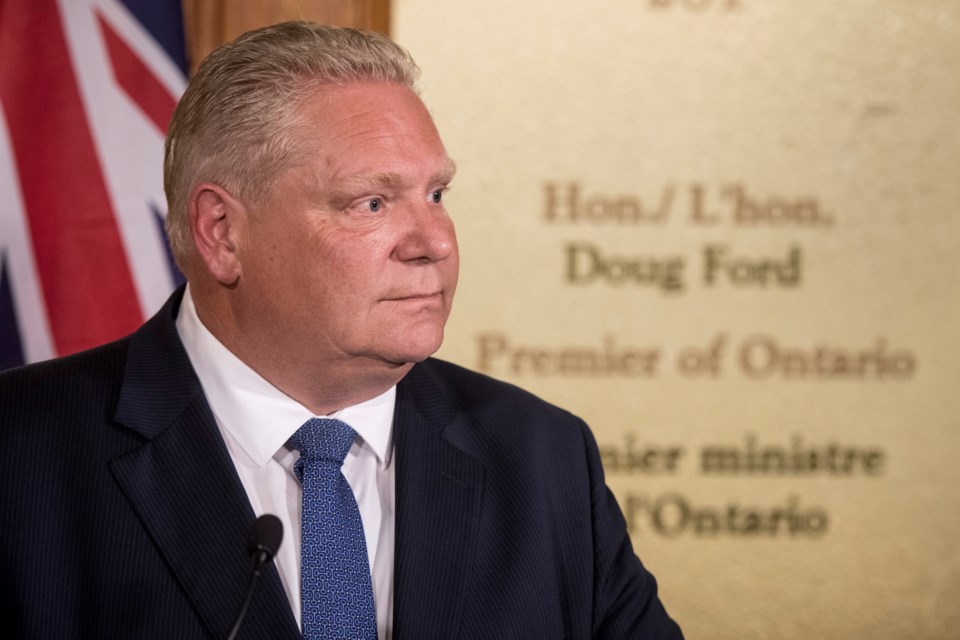 Premier Doug Ford said the sharp increase in COVID-19 cases today is "deeply concerning." He said health officials are also confirming that Ontario is now experiencing a 'second wave' of the virus.

Ford urged Ontarians to "tip the scale" to avoid the worst by downloading the COVID-19 contact tracing app, following public safety measures, and getting your flu shot.

Health Minister Christine Elliott said the province is watching the situation, as the Ontario Hospital Association is calling on leaders to move Toronto, the GTA and Ottawa back to Stage 2.

"We don't want to turn back a stage unless we absolutely have to, but if we have to we will because the most important thing is the health and wellbeing of the people of Ontario," said Elliott.

Dr. David WIlliams, Ontario's Chief Medical Officer of Health, described a more targeted or 'surgical' tightening of restrictions happening in response to the second wave as local Medical Officers of Health are equipped now with better data about the types of outbreaks and the places they are happening. He noted the virus is presenting itself differently now and presenting itself differently across the province.

While there could be some restrictions across the province local Medical Officers of health area taking "more selective action in risk areas that they see are particular for their jurisdiction."

He said the province is seeing more variating on how the virus is presenting, noting the current swell of cases is most concentrated in the four to five dense urban areas of Ontario.

UW warning of phishing scam disguised as 'COVID-19 Giveaway'
Oct 27, 2020 2:27 PM
Comments
We welcome your feedback and encourage you to share your thoughts. We ask that you be respectful of others and their points of view, refrain from personal attacks and stay on topic. To learn about our commenting policies and how we moderate, please read our Community Guidelines.