Crime down in first eight months of pandemic, but mental-health calls rise: StatCan 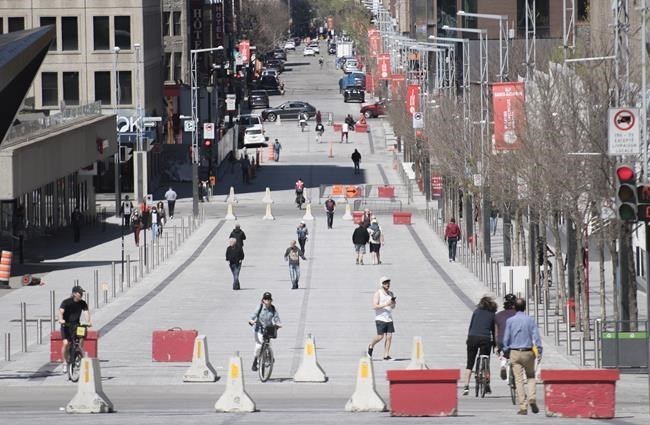 Photo by The Canadian Press

Newly released figures point to a major drop in police-recorded crime during the first eight months of the COVID-19 pandemic last year.

Statistics Canada says police services across Canada reported that select criminal incidents fell by 18 per cent between March and October 2020, compared with the same period a year earlier.

In contrast, the total number of service calls rose eight per cent, particularly for wellness checks and calls for domestic disturbances and mental health.

The agency says violent crimes such as assault dropped significantly, while property crime including shoplifting and residential break-and-enter plunged amid shutdowns that closed stores and kept people home.

The lone outlier to the trend was uttering threats by a family member, which saw a two per cent bump in reported incidents year over year.

The figures come from 19 police agencies that serve nearly three-quarters of the Canadian population.

As businesses and public spaces began to reopen in May, crime numbers started to climb month over month through to July, but still trailed figures from 2019.

Between March and October, the number of reported sexual assaults decreased by 20 per cent and reported assaults declined by nine per cent, according to StatCan.

Fraud incidents also dropped off, with police reporting a decrease of nine per cent year over year.

"A recent release, however, shows that just over four in 10 Canadians experienced at least one type of cybersecurity incident since the beginning of the pandemic, including phishing attacks, malware, fraud, and hacked accounts," Statistics Canada said.

Police service calls — distinct from police-reported crimes — rose eight per cent year over year between March and October, with "general well-being checks" increasing by 13 per cent and mental-health calls "such as responses to a person in emotional crisis" jumped 12 per cent, the agency said.

This report by The Canadian Press was first published Jan. 27, 2021.

National panel advises provinces not to use AstraZeneca vaccine on seniors
Mar 1, 2021 6:30 PM