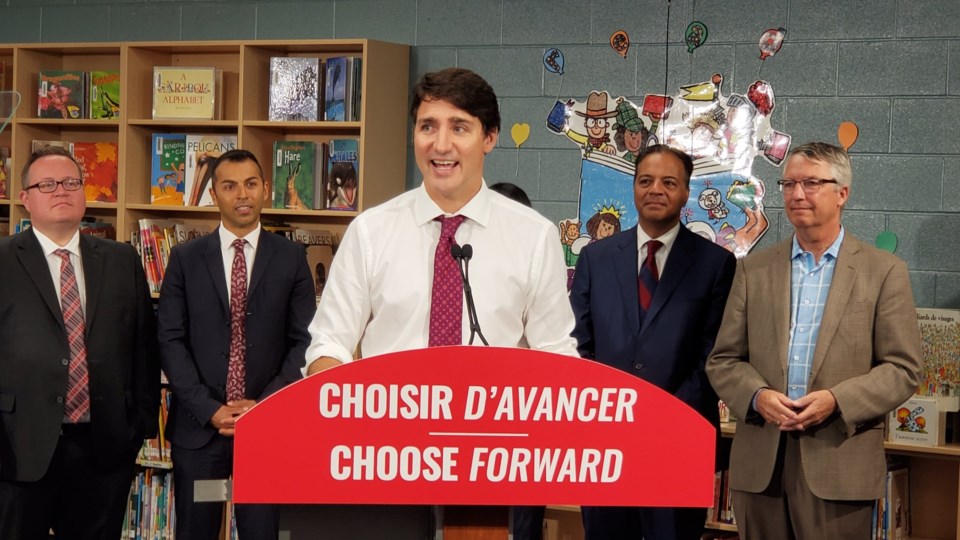 Signature policy pieces for the Liberals and the Greens were unveiled Monday on day six of a federal election campaign that saw leaders campaigning across the country.

Justin Trudeau pledged $535 million per year to increase before and after school child care spaces and cut fees for parents, a program that would require getting the provinces on side.

He made the promise in Waterloo, the start of a blitz of southwestern Ontario that also saw him take questions from reporters for the first time since Friday.

He says a re-elected Liberal gov't will double support for early childhood educators and establish a "national secretariat" to work with provinces to lay groundwork for pan-Canadian child care system. Would cost $535M/year, starting in 2020-21, with more details to come.

The party says everything it is promising must be viewed through the lens of the climate crisis, as politics as usual during a climate emergency is the wrong approach.

In a bit of political tit-for-tat with the Greens, the NDP announced Monday it had recruited the former leader of the Greens in Quebec to run for them there, replacing former New Democrat MP Pierre Nantel who defected to the Greens.

Trudeau was also on The Mike Farwell Show on 570 NEWS on Monday. You can listen to that interview below:

A massive crowd at our studios at @TheBoardwalkKW this morning, with @liberal_party Leader @JustinTrudeau speaking with @570NEWS' @farwell_WR to start the day! #elxn43 pic.twitter.com/TeklyQKN82