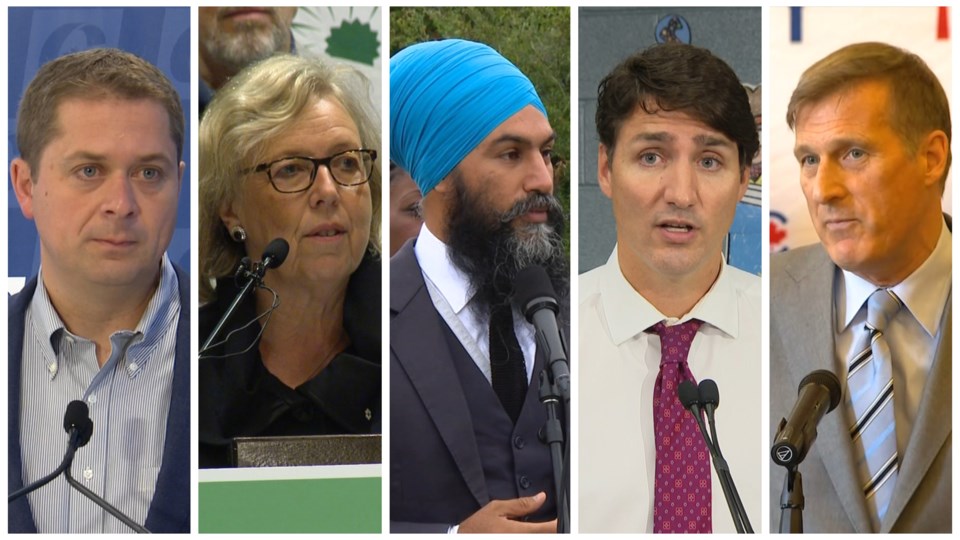 A new poll suggests two televised leaders' debates gave a boost to the NDP and Bloc Quebecois but did nothing to break the deadlock between the front-running Liberals and Conservatives.

The Leger poll, conducted for The Canadian Press after last week's French debate on Quebec's TVA network and this week's official English debate, put support for the Liberals and Conservatives at 31 per cent each, both down three points.

The NDP was up four points to 18 per cent, followed by the Greens at 11 per cent and the fledgling People's Party at three per cent.

In Quebec, the Bloc was up nine points to 29 per cent, mostly at the expense of the Conservatives who fell to 16 per cent; the Liberals were still leading in the province but down three points to 31 per cent.

The smaller parties' improved fortunes reflect the performance of their leaders in the debates - the Bloc's Yves-Francois Blanchet was deemed by respondents to have won the TVA debate while the NDP's Jagmeet Singh was narrowly chosen as the winner of the English debate.

Albrecht reflects on his almost 14 years as MP for Kitchener-Conestoga
Oct 24, 2019 11:45 AM
Comments
We welcome your feedback and encourage you to share your thoughts on this story. We ask that you be respectful of others and their points of view, refrain from personal attacks and stay on topic. To learn about our commenting policies and how we moderate, please read our Community Guidelines.